Given the government’s record of restricting media freedom over the years, Mustafa K Anuar is not surprised that few Malaysians are finding any comfort in official assurances that so-called ‘guidelines’ for the Internet will not curb freedom further.

The government recently condemned civil society groups and other concerned Malaysians for having jumped the gun when it first broached the idea of broadening the definition of ‘publication’ in the existing Printing Presses and Publications Act. The revised definition was meant to include online publications, including news portals, blogs, and social networking sites such as Facebook.

“Those who are objecting them so soon … they do not even know what the amendments are. They [the amendments] may be relaxed and loosened and they may not even be brought here to the committee (i.e. Special Committee to Strengthen the Government’s Communications Strategy),” the Home Minister said. We haven’t even made any final decision, he added.

Social activists and media advocacy groups were deeply concerned that this move was intended to further curb the dissemination of information and views on the Internet (the last frontier of media freedom and freedom of expression in Malaysia), which is a clear violation of the no-Internet censorship pledge under the Multimedia Super Corridor Bills of Guarantee. Their immediate response should be predictable to all and sundry, especially the government.

Interestingly enough, the ministers from the Prime Minister’s Department, Home Ministry, and Information, Communication and Culture Ministry, who came under attack from the various interest groups in society, appear to have distanced themselves from Home Ministry secretary-general, Mahmood Adam’s disclosure about the government’s plan to ‘plug the loopholes’. It’s as if Mahmood has been left to dry, or rather to be grilled, on his own.

But the seeming assurance of the Home Minister didn’t quite allay the fears of these groups. And true enough, what was feared came to reality.

Since then, Information, Communication and Culture Minister Rais Yatim has announced that guidelines covering the Sedition Act 1948, the Malaysian Communications and Multimedia Act 1998 and the Printing Presses and Publications Act 1984 have been set.
And, lo and behold, these guidelines are not required to be tabled in Parliament; all it needs is the endorsement of the Cabinet’s Special Committee to Strengthen the Government’s Communication Strategy.

Rais’ announcement only reinforces the belief among many concerned Malaysians that the BN government is not keen on liberalising the media landscape. If anything, Rais’ revelation shows that the government is bent on keeping a lid on information that is vital to the citizenry and on holding back the further democratisation of Malaysian society.

Unfortunately, the BN government does not consider access to information and freedom of expression as part of the human rights of citizens despite this being the era of globalisation and the Internet. It appears that important lessons from the Egyptian experience have been lost on the government.

The deep suspicion and concern among many Malaysians cannot be assuaged by official assurances such as the one coming from Rais: “… the guidelines should not be regarded as an Internet censorship and it also did not mean that anyone was at liberty to do anything on the Internet as actions could be taken on those who use it to spread false information.” If anything, these Malaysians may feel that their intelligence has been insulted.

Even before these so-called guidelines, Malaysians had already witnessed, over the years, government actions against bloggers and news portals that amount to putting obstacles to the democratisation of expression and the media. And given the government’s track record of restricting media freedom over the years, it is not surprising that few Malaysians are likely to find comfort in any official ‘assurances’.

The ‘Net’ result at the end of the day is that freedom of expression and media freedom is likely to be further compromised. 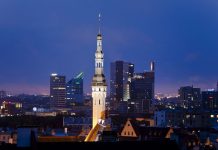