The motives of those responsible for the provocative banners are sinister as they aim to create suspicion, misunderstanding and anger among people of different faiths, writes Henry Loh.

Public holidays that were celebrated in Malaysia over the last few weeks included Christmas, Prophet Muhammad’s Birthday and Thaipusam. In the light of what has been happening, especially in relation to inter-religious and inter-ethnic relations, it is timely and appropriate for all of us to take a moment and reflect on the significance of these public holidays.

Although the occasion being commemorated or celebrated is specifically a Christian, Muslim or Hindu occasion, the public holiday declared is for all Malaysians. For years, that has been the Malaysian spirit – happy and joyous that our brothers and sisters from other ethnic groups or religions are celebrating a particular occasion. Indeed we all join in the celebrations and the tradition of ‘open house’ captures that Muhibbah sentiment, which all concerned are keen to share.

So what’s with the Molotov cocktails being set off at the Church of Assumption or the banners that were hung at the entrance of churches with the provocative message, “Allah is Great, Jesus is the son of Allah”? Those responsible for these heinous acts should not be simply labelled as ‘mischief makers‘; their motives are much more sinister as they aim to create suspicion, misunderstanding and anger among people of different faiths.

It is immaterial whether the perpetrators are Chinese, Indian, Malays, Buddhists, Christians, Hindus or Muslims. They are simply human beings with very bad intentions, and if they are ever caught they should be dealt with severely and punished to the full extent of the law.

As rational, reasonable and fair-minded Malaysians, we must each do our part to nurture and treasure the peace and harmony that exists in our country. We should therefore reject extremist, racist and bigoted views and fully appreciate the voice of reason.

All Malaysians regardless of their ethnicity, religion or political affiliation should avoid actions that can provoke reprisals and cause anger. Whilst legitimate protests should not be curbed, protesters must steer away from antics that can provoke violence. Burning effigies, stamping on people’s photographs, burning flags and setting off Molotov cocktails are uncouth behaviour that may trigger violent reactions and can never be condoned.

Archbishop Emeritus Murphy Pakiam finds solace and is encouraged by the many Malaysians of all ethnic groups and religious affiliations who reject such violence and instead are willing to stand up for peace and justice.

For an interesting analysis on the Allah issue, consider Melati Timur’s analogy drawn from the Spanish Inquisition where the superior religion of the majority is deemed to be under threat from other religions.

For several months now a new ‘theory’ on the origins of “bangsa Melayu” (Malay race) has been making the media rounds and is also available on social media. The theory rather dangerously argues that for thousands of years the Malay race has been a target for a deliberate invasion of the Chinese who, allegedly had been jealous of the superiority of the Malay civilisation and innovation.

Lilianne Fan argues convincingly that this pseudo-theory lacks academic rigour and warns of the negative effect it can have on ethnic relations as the sub-text of the narrative is that for Malays to regain their glory, they must “strive to protect themselves from external threats”.

A call by a former Minister for the return of Mahathir to lead the country in order to ‘set things right’ has motivated Douglas Teoh to argue that the Mahathir’s style of politics is ‘passe‘ and that the Old Politics should be rejected.

As we will be celebrating the Chinese Lunar New Year soon, all of us at Aliran would like to wish everyone a happy, joyous and meaningful new year. Let us, regardless of our ethnic background or religious affiliations, make use of this occasion as an opportunity to build bridges, promote camaraderie and cultivate respect for one another.

We look forward to welcoming a mature, level-headed, sensitive and understanding (Year of the) Horse, eager to promote peace, harmony and justice for all Malaysians. 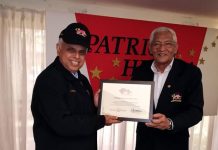 When Fr. Lawrence Andrew was joined by the Bishop Rev. Ng Moon Hing in defying the exercise of a constitutional power by government injuncting the use of the word “Allah” in Christian publications, they brought into very sharp public focus the fading doctrine of the separation of church and state (religion and government). By their defiance of local law and the constitution they may well have awakened a sleeping giant. The Malays of Malaysia long in pursuit of their rights to an Islamic state supported by the Federal Constitution of Malaysia. The defiance of law and authority by the Christians under the misguided influence of Moon Hing and Andrew, ably supported by the opposition, is nothing short of them having trampled on, discarding in the process the federal constitution, the lawful authority of the Court of Appeal of Malaysia in preference for the authority and their allegiance to Christian theology. Two things have now undoubtedly arisen out of the actions of Christians in Malaysia. Each directly impacting on the validity of federal constitution and the government of Malaysia. First, by their conduct of defying the law… Read more »