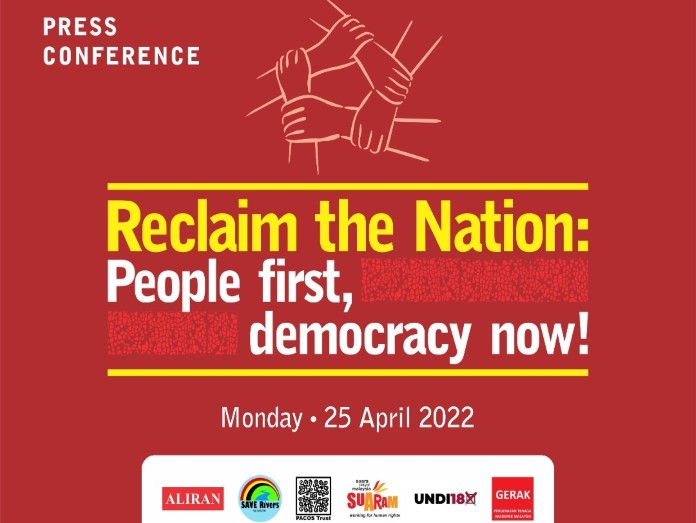 As we near the halfway mark of 2022, rumours of a general election in the second half of the year are growing louder.

This is unsurprising given that, since the last general election in 2018, Malaysia has experienced changes in government in rapid succession, starting with the  Pakatan Harapan government being  replaced by a Bersatu-led Muafakat Nasional regime. Umno later took over from Bersatu in leading the Muafakat Nasional government.

This was an unprecedented first in the history of Malaysian politics. As a result, from May 2018 until now, we have had three different prime ministers.

These changes in government were enabled by the machinations of politicians who disrespected the will of the people in the 2018 election.

Unsurprisingly, many Malaysians have taken to social media to voice their anger and despair over their powerlessness in this situation, which saw these few politicians subverting democracy for their own selfish ends.

Worryingly, many expressed resignation while others have become cynical, arguing that taking an interest in the health of democracy and taking part in the electoral process is a waste of time.

We must never let ourselves fall into such a state of apathy over the current state of affairs. What happened in the 2018 election can happen again – but only if we rouse ourselves to do what we did back then. The outcome of the 2018 election was due to many Malaysians saying no to a future where corruption and abuse of power reign.

So, we must take ownership of the upcoming general election by reminding politicians not to take us for granted. We will press them to accept a manifesto that is people-oriented. We must reclaim the spirit of the 2018 election by voting only for those who are willing to serve the interests of the people/rakyat.

For this reason, Aliran and five other NGOs have come up with a “People’s Agenda“. This agenda, already endorsed by over 50 public interest and civil society groups, spells out five key demands as the foundation for reform and change in the country.

We must push this agenda to political parties and politicians. It’s about time we stop the rot in leadership and wipe out incompetence and corruption in government!

Let’s remind ourselves we have the power to change the course of the nation through the electoral process. We should only support parties that are committed to this platform.

Briefly, the People’s Agenda demands that political parties and politicians must:

We must reignite the spirit of 2018, when Malaysians from all walks of life came together to reject politicians who preferred the status quo (which benefits the few) in favour of a fresh path to a better tomorrow.

In this upcoming general election, our slogan is “Reclaim the nation: People first, democracy now!“

Also, how representative of voter sentiment, especially in the rural and semi-rural areas, are Aliran and five other NGOs, and the 50 public interest and civil society groups which endorsed the People’s Agenda?

The five by-elections which preceded the collapse of the PH government, and the results of the more recent Malacca, Sarawak and Johor state elections show that the tide is not in PH’s favour.