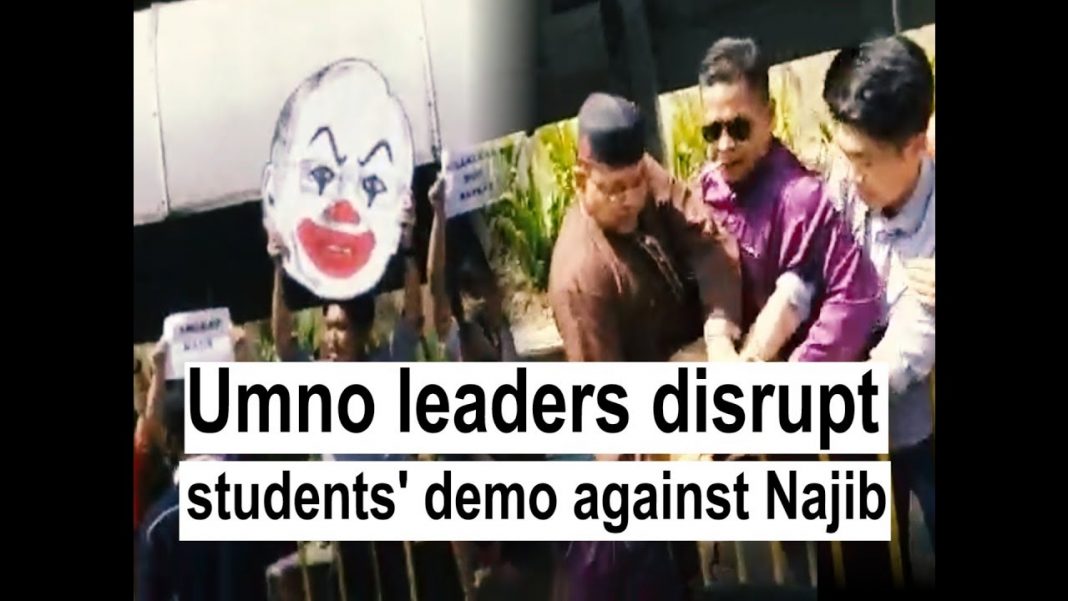 Instead of being celebrated as an asset to the nation, our ethnic and religious differences have been turned into political capital, laments Mustafa K Anuar.

Old habits die hard. Or at least, this dictum applies to supporters of the old regime, which brooked no criticism especially of its leadership.

Remember the old days when political cartoonist Zunar, acutely critical of the combo of former Prime Minister Najib Razak and his wife Rosmah Mansor, was dragged to court? He was slapped with several charges that could have put him behind bars for a long, long time. His books were also banned and he was not allowed to travel overseas.

Among others, dancer Bilqis Hijjas was charged with having dropped a few balloons of freedom and justice near Najib and Rosmah. And graphic designer Fahmi Reza also found himself entangled with the law for his trademark Najib-clown caricature.

Well, recently, the subject of this clownish drawing became the centre of attraction or rather the cause of an altercation. Seven University of Malaya students staged a protest against Najib for his alleged embezzlement of 1MDB funds.

Najib supporters were not amused. They reportedly manhandled a few of the students to show their disgust.

It is obviously a poor reflection of some of Najib’s diehard supporters. They are the sort who apparently are unable to handle things that are cerebral — and instead went for the jugular, so to speak.

This incident rightly horrified some academics and civil society organisations, who were alarmed by this violent attempt to muzzle and deprive the students of their democratic right to protest peacefully. Journalists were also up in arms over the physical and verbal intimidation reportedly carried out by the bullying Najib supporters against two Malaysiakini journalists.

Support the struggle to build a Malaysia based on Justice, Freedom, Solidarity:
READ MORE:  How the RoS can be used as a political tool

Entering the fray was Education Minister Maszlee Malik, who rightly condemned the violent act. He also called on heads of public universities to do likewise. In such a situation, it is inconceivable for one to be neutral.

But then, even in this purportedly new era, the inconceivable can emerge. It was in this context that the University of Malaya vice-chancellor reacted to this incident in a way that baffled many curious minds. He stood out like a sore thumb because his response was to put the blame on his own students for being provocative. At the same time, he didn’t bat an eyelid over what the boorish Najib supporters did.

And so, the old toxic political strategy still persists despite the advent of a supposedly new Malaysia. The politics of race and religion continues to be pursued feverishly to the detriment of the social fabric of a multi-ethnic and multi-religious Malaysia.

Instead of being celebrated as an asset to the nation, our ethnic and religious differences have been turned into political capital, the profits going to race-based political parties, especially the recent Umno-Pas flirtatious alliance.

Appealing to the primordial instincts of the members and supporters of these parties has always been part of their playbook. Concerned Malaysian and Aliran member JD Lovrenciear laments this sordid state of Malaysian politics and hopes that Malaysia will be rid of this scourge as soon as possible as it has a corrosive impact on national unity.

While the “new Malaysia” is celebrated by many, Jeyakumar Devaraj rightly reminds the new administration of the importance of paying close attention to the economic needs of the impoverished and the marginalised, especially the bumiputera poor – instead of overly pandering to the vested interests of big businesses.

We earnestly hope that the “new Malaysia” does not have traces of the old that is toxic as well as stubborn pushback elements that are obstacles to genuine reform.