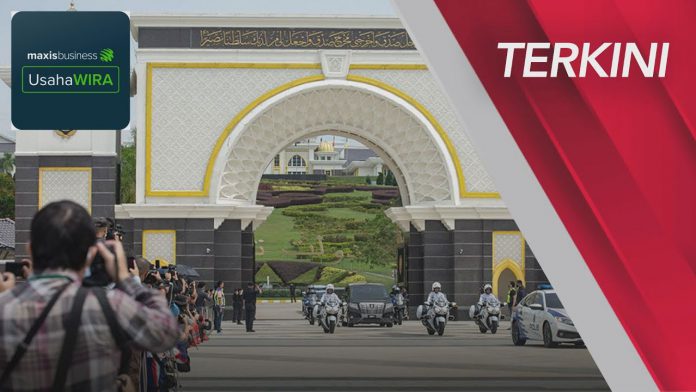 Political events over the past few weeks, especially the last few days, have been exciting.

Mahiaddin Yasin, who finally admitted he had lost majority support in Parliament, tendered his resignation as Prime Minister to the Agong on 16 August.

That triggered a mad rush among the key political leaders to fill the vacancy. Initially, the choice of candidates bandied about included Ismail Sabri and Zahid Hamidi from Umno, Shafie Apdal from Warisan, and Anwar Ibrahim from PKR. Also in the mix, with an outside chance, as speculation mounted were people like Tengku Razaleigh Hamzah and Hishammuddin Hussein.

The Agong set a deadline of 4pm on 18 August for each of the 220 MPs to fax, WhatsApp or email a pdf file naming the person they wish to support as Malaysia’s next prime minister. After that, it seemed like only two frontrunners emerged, Ismail Sabri and Anwar Ibrahim.

Yesterday, 114 MPs were called to meet the Agong either in person or virtually. News reports indicated that these MPs were those who had opted for Ismail Sabri as the next PM. The other 105 MPs who presumably supported Anwar Ibrahim for PM were not invited.

The 114 MPs were individually asked to confirm that their support for Ismail Sabri was given voluntarily, ie they were not under any duress. According to some MPs who had been to the palace, Chief Secretary Mohd Zuki Ali and Attorney General Idrus Harun witnessed the process.

Today, at a special rulers conference, Agong is expected to confer with his brother rulers about the choice of PM based on all the information gathered.

Does this mean that it is ‘game over’ for Anwar Ibrahim, who will yet again be denied a chance to be PM?

Gabungan Parti Sarawak (GPS) – which has 18 MPs – has interestingly announced it is willing to accept the Agong’s recommendation for the PM’s post. One media report indicated that many GPS MPs favoured Ismail Sabri but not necessarily all of them. It also seemed that the GPS MPs, through their chief, Abang Johari Openg, had reportedly conveyed the message that they may be persuaded to change their minds. Hence, it made sense for Anil to ask “Who exactly did GPS MPs vote for?’”

If news reports are anything to go by, Ismail Sabri would be the most likely person to be named as the next PM. If this materialises, many netizens will be disappointed. An online petition entitled “We don’t want Ismail Sabri Yaakob to be prime minister Malaysia”, launched a couple of days ago, has received a record 300,000-plus signatures – and rising.

Such a strong groundswell is understandable as having Ismail Sabri as PM would be akin to a return of the Perikatan Nasional-Barisan Nasional coalition in power. Many would wonder what difference it would make – apart from not having Mahiaddin as PM. Already social media is awash with remarks like Ismail Sabri is just “old wine in a new bottle” and “if he failed to perform well as a Minister and later Senior Minister, how can he be expected to do well as a PM”.

There is even the banter going on that ex-PM Mahiaddin may be appointed as “minister mentor” and may be around to provide advice to the new cabinet. If this happens, it would make a mockery of the entire resignation exercise.

Some argue if PN 1.0 was a backdoor government, then PN 2.0 would be a “side-door government”.  Others worry that the so-called ‘court cluster’ would take advantage of the situation with an Umno man as PM to try to get their cases dropped.

Many are keen to see whether Anwar Ibrahim, with his vast experience both in government and in the opposition, will be able to do a much better job as PM. If the infamous Sheraton Move had not taken place or if Dr Mahathir Mohamad had handed over the reins as he had promised, Anwar would already be PM and possibly doing a good job, too. Many feel that he deserves to be given the chance to lead the nation.

Whoever is eventually appointed PM has the onerous task of ensuring both lives and livelihoods are preserved and protected as the Covid pandemic rages. The pandemic that has been around for over two years and taken a heavy toll on the country’s economy. Many are struggling to survive, yet the high number of infections makes it difficult and irresponsible to allow businesses, factories and industries to operate as usual.

There are no simple solutions and much hope has been placed on vaccinations working effectively to bring about better immunity for the people and ultimately reducing the deadly impact of the pandemic.

Looking at the numbers so far – PN and their friendly allies 114 vs PH and their friendly allies 105 – the small majority that PN purportedly enjoys is still fragile and a swing of five to six 6 MPs can again bring down the government. This means that if a PN-BN government is formed with such a small majority, it would not necessarily be stable and the power of incumbency may not be enough to keep it in control.

The Agong is acutely aware of the need for greater stability. In his meeting with party leaders on 17 August, he urged them to find ways to work together.

Anwar, in speaking to journalists after the meeting, mentioned that the royal message was for the different parties “to come up with a form of politics that is more peaceful for the people”.

Veteran politician Lim Kit Siang wrote in his own blog: “If there are two names for the position of Prime Minister, then one can be Prime Minister and the other Deputy Prime Minister to form a war cabinet to combine all political forces in a War Parliament.”

His message is that the common enemy in this war afflicting our nation is the Covid pandemic and all hands, irrespective of political affiliation, should stand together on deck to defeat this scourge.

Prof Wong Chin Huat, in a BFM interview, stressed that the next PM, whichever party he may be from, must be more inclusive and find ways to collaborate with his opponents. He said mature polities like New Zealand, Denmark and Canada are examples of successful unity and minority governments.

The new PM may need to explore finding support from his opponents through a confidence-and-supply agreement to at least ensure that the Budget is passed. This would mean more collaboration and consensus among different parties, reducing the winners-take-all attitude. Bipartisanship should be encouraged.

The 2018 general election and the astounding results – the Pakatan Harapan coalition winning enough seats to form a government – were a major coming of age in the political maturity of our nation.

Though the PH government survived for only 22 months before it was toppled in the Sheraton Move, I would like to be an optimist and suggest that there is no ‘turning back’ for our nation in this movement forward. We are bound to experience setbacks, but if politicians are committed to lasting and meaningful reforms, then there is much reason to remain hopeful.

In desperation, Mahiaddin tried to dangle the carrot of reforms such as “anti-hopping and defection laws”, equal financial allocations for all constituencies, recognition of the opposition leader with senior minister status, and greater consultation through the formation of special select committees.

These were not his ideas, and many mature democracies in the world have already implemented these good governance practices. The Bersih 2.0 civil society coalition has also been promoting these reforms for a long time.

The next PM must prioritise these and other proposed reforms so that our country can anchor itself as a bastion of democracy. Politicians must realise that they are the people’s elected representatives. They were voted in to serve the people, and so the title of YB meant as Yang Berhormat (the honourable) should be changed officially to Yang Berkhidmat (at the service of the people).