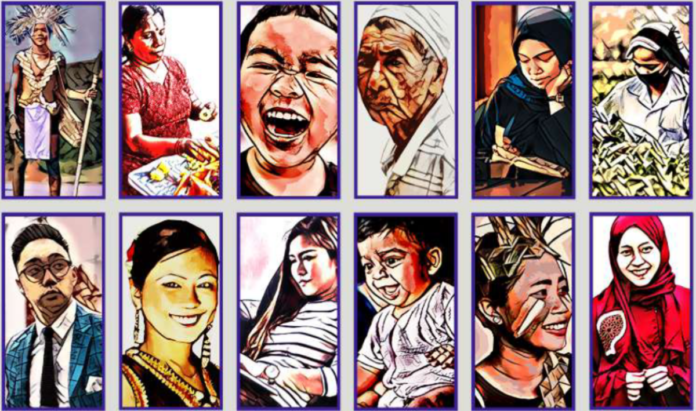 It may sound strange that, six decades after the formation of Malaysia, the people still need to be reminded they have a stake in this beloved land.

More than that, people from diverse groups and beliefs in Malaysia should remember to remain united, especially in the face of strife and other challenges. We should celebrate and gain from the rich diversity we have in our land.

Such a reminder has become even more important in the wake of the recent general election. The polls saw certain political parties aggressively resorting to the divisive politics of race and religion to win support.

To the chagrin of many, these parties that campaigned along racial and religious lines captured a huge chunk of the votes. In the run-up to the election, they had raised fear and suspicion in a calculated move to attract voters to view them as the ultimate saviours of their own kind.

These parties even suggested to voters that those outside their circle were ‘enemies’ supposedly out to harm their interests and rights. Why, certain irresponsible elements even invoked the spectre of the tragic May 13 riots of 1969 to make an ugly point.

Against this backdrop, it is understandable that the present Ministry of National Unity feels it necessary to introduce an Ini Malaysia Kita (This Is Our Malaysia) initiative to foster unity and instil patriotism. The initiative is probably guided by the inclusive outlook of the present Anwar Ibrahim administration.

A sense of belonging, of having high stakes in the land is key to fostering love for the country and appreciating its diversity.

We can express patriotism in various ways.

Some do it by proudly waving the Jalur Gemilang, the national flag, on National Day.

Others offer constructive criticisms in their desire to see a better Malaysia. Their criticisms of the government spring from their love for the country. It is not something treacherous.

It is in the spirit of patriotism that certain people take risks in becoming whistleblowers to stem the tide of corruption that has ravaged society over the years. They know that rampant corruption, especially if it involves billions of ringgit, hurts the nation: pilfered national coffers would then not be enough to fund development projects to improve the people’s lot. It is the people’s responsibility to be concerned when their future is being pawned by plunderers.

By the same token, it was out of their love for the country that many felt perturbed when the Sheraton move triggered the collapse of the democratically elected Pakatan Harapan government in 2020. Back then, many ordinary people had hoped for substantial reforms that would uplift their lives. They had wanted to see a progressive and economically and culturally vibrant Malaysia. But the plotters behind the Sheraton’s move dashed the people’s hopes and robbed their mandate midstream.

This is the reason those who love peace are tired of the recent political manoeuvres aimed at displacing the Sabah government. They see it as interrupting initiatives to develop the state and to uplift the living standards of the people, especially the poor. They do not find the politics of musical chairs amusing.

The challenges facing the people of Sabah are many. The people have to deal with poverty, the floods and the poor conditions of schools and roads.

A sense of belonging is key to love for the country. To foster this belonging, it is important for people to know they have enough opportunities to improve their living standards, particularly in education, employment and business.

Patriotism cannot be boosted when a sense of alienation prevails among those who perceive themselves to have unequal access to opportunities – partly brought about by certain government policies considered to be unfair and socially divisive. Marginalised groups such as the Orang Asli and Orang Asal should not be left out of the loop either.

Discrimination based on ethnicity, faith, gender, region and political affiliations will impede the nation’s progress and worsen the brain drain.

Valuable talents that could have benefited the nation have unfortunately been ‘enjoyed’ by other countries, such as our southern neighbour. Over the last 40 years, about half a million highly skilled Malaysians in various professional fields have left our shores.

To foster inter-ethnic relations, schools can play a crucial role in instilling mutual understanding and respect among the young of diverse backgrounds.

The effort to promote national unity should not be left entirely to politicians, as they may be part of the problem. Religious and community leaders should also step up to play a useful role.

The joy of being in tanah airku (our homeland) must be fairly shared by all if we are to enjoy genuine, inclusive progress.