Let’s reflect on how far this country has come and all the work that has to be done to usher in holistic development for all, writes Prema Devaraj.

It has been a tumultuous last few weeks. Unnecessary, reactionary and batu api (provocative) comments have been fuelling insecurities and straining goodwill in community relations in a variety of ways.

Is it a coincidence that a number of controversies – khat, Zakir Naik, Selangor unilateral conversions bill, Dong Zong being labelled racist – happened around the same time? Or are situations being orchestrated or used in a particular manner?

Whatever it was, it certainly spiked the temperature over ethno-religious issues. It also affected relations among Pakatan Harapan coalition parties and created a certain amount of dissatisfaction among PH party members.

We have to ask ourselves yet again – especially as we gear up for our Merdeka and Malaysia Day celebrations – what is the way forward for us?

How long are we going to allow identity politics and ethnocentrism to determine the direction of the nation? This pattern is divisive, destructive and wholly irresponsible in a country which is multicultural and multi-religious.

There can be no space in our lives for those who preach a brand of religious or cultural superiority or incite hatred among the various religious and ethnic groups. We can all do better and shift our focus to important things which need attention, discussion and work.

Aliran notes with deep concern the custodial deaths in July. This time it was Thomas Orhions Ewansiha, a Nigerian student who was arrested by immigration authorities and detained in the Bukit Jalil depot in Kuala Lumpur, and Gopal Krisnan Rajalinggam, a remand suspect in Sungai Petani, Kedah, who was being investigated for a drug offence. .

Why do deaths in custody continue to take place? The progress being made on a proposed independent police complaints of misconduct commission (IPCMC) is welcomed – although some reservations have been expressed.

A similar initiative should be put in place for other enforcement agencies. The Enforcement Agency Integrity Commission needs to be maintained until a better alternative is worked out.

We note also the continuing struggle of the Orang Asal and Orang Asli to protect their land, culture, rights and livelihood. It is high time joint state and federal efforts are undetaken to protect the interests of these communities across the country.

Promise 38 of the PH election manifesto, which refers to advancing the interests of the Orang Asli in Peninsular Malaysia, must be implemented. Likewise, the proposals in the National Inquiry Report on Indigenous Land Rights prepared by the Human Rights Commission of Malaysia (Suhakam) in 2013 should be implemented.

Meanwhile, concerns over how people are coping with rising costs of living continue. In a bid to cut costs and streamline the Skim Bantuan Sara Hidup (Cost of Living Aid Scheme) to support those who really are in need, there have been some casualities.

Hopefully, the Ministry of Finance will do what is necessary to ensure that applicants are thoroughly checked to ensure that those in need are still able to gain access to the scheme.

The United Nations special rapporteur on extreme poverty and human rights recently called out the underestimation of poverty in the country. This revelation points to the need for better investment in poverty reduction and adequate provision of social safety nets to meet real needs of the people.

READ MORE:  Recovering from the pandemic: Rebuilding and setting a new direction for society

Another controversy erupted over the extension of Lynas Corp’s operating licence for six months.

Unless we believe that all arguments against Lynas Corp in the past have not been credible, the precautionary principle should be applied immediately. Groups have already called for a review of the decision to extend the licence. In the meantime, thorough monitoring of the environment should continue.

In Penang, concerns over the need for an affordable transport plan continue. This is closely linked to worries over the 4,500-acre Penang South Reclamation project to create three new artificial islands off the southern coast of Penang Island – a project that will surely affect fishermen’s livelihoods and the coastal ecology.

Recently, the deaths of tens of thousands of fish in Teluk Bahang, along the northwest coast of Penang Island, hit the headlines.

We have to ask ourselves what is happening and why.

As part of escalating climate catastrophes, Penang and Kedah were on the receiving end of the side effects of Typhoon Lekima heading towards eastern China. Many of us in Penang were grateful to the council workers who worked through the night to clear the roads of the debris of fallen trees and branches.

Housing and Local Government Minister Zuraida Kamaruddin and the Penang state executive council member for local government, Jagdeep Singh Deo, spoke at the forum. Both were supportive of the need for local council elections though it is understood that a lot of ground work needs to be done before a proposal can be brought to the cabinet for discussion.

READ MORE:  What does being a 'Malaysian Family' mean?

A new group, Gabungan Demokrasi Tempatan (Coalition for Local Democracy or Dekat for short), was launched at the forum.

And so, as we prepare for national celebrations ahead of Merdeka and Malaysia Day, let us reflect on how far this country has come and all the work that has to be done to usher in holistic development for all in this country – especially for vulnerable and marginalised groups.

Each of us has a role to play in helping to set the direction for positive change.

Happy Merdeka and Malaysia Day to all our readers! 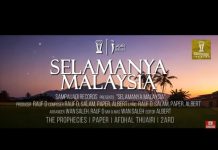 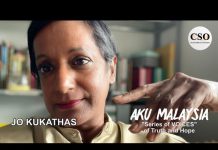 It’s already clear that Pakatan has no more Harapan. The votes are from frying pan on to the fire. Why is Najib being charged for money laundering while Zakar Naik who is wanted for same case is protected??? Gomen is already a joke……