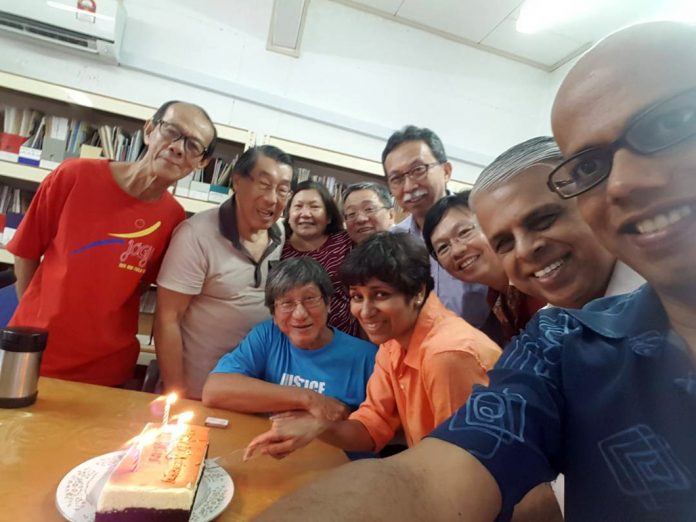 The indecent haste to pass a bill that further erodes the already limited rights of Poca detainees raises questions about the intentions of the ruling government, writes Henry Loh.

The speaker of Parliament had exercised his authority to ‘stop the clock’ to allow for parliamentary debates to continue and for bills to be passed. Hence, in the wee hours of the morning, members of Parliament passed the proposed amendments to the Prevention of Crime Act (Poca) through a voice vote.

Why was there such urgency to pass the Poca amendments? The indecent haste to pass a bill that further erodes the already limited rights of Poca detainees raises questions about the intentions of the ruling government.

One of the controversial amendments makes it no longer a duty for the inquiry officer to request for a detainee to be brought before him during an investigation. Consequently, the inquiry officer, without hearing personally from the detainee, can make recommendations to the Prevention of Crime Board to further detain a person, based simply on the police investigation report.

A key misgiving is that this essentially allows for ‘detention without trial’, leaving it open for the potential abuse of Poca provisions. The lack of trust towards authority and concern that unfettered powers will be abused stem from bitter experience. One need only recall how the infamous and draconian Internal Security Act was used to detain political opponents.

In the same vein, many are concerned and question the wisdom of the controversial appointments of Chief Justice Mohd Raus Sharif and Court of Appeal president Zulkefli Ahmad Makinudin as additional judges of the Federal Court.

Rama’s interpretation of the clause in the Federal Constitution that allows for the appointment of additional judges is that it clearly refers to a person(s) who has held high judicial office and not those who are currently holding office.

Hence based on this interpretation of the provision it would appear that “the former retiring Chief Justice, Arifin Zakaria, has defied constitutional provisions…” for having recommended the appointment of Mohd Raus and Zulkefli Ahmad as additional judges.

Once again, we ask, why was it necessary? Surely there are other eminently qualified individuals who could have been appointed. The Bar Council has also taken the view that these appointments are unconstitutional. In an extraordinary general meeting, the Bar passed a resolution on protecting judicial independence with a thumping majority.

For many concerned Malaysians, the objection to these appointments is directly related to the large trust deficit that we have towards people in power. The unfortunate tendency is for unscrupulous leaders to promote their personal interests rather than work for the common good. Hence there is an overall lack of confidence that justice will be served and that truth will be revealed.

The handling of the mammoth 1MDB financial scandal is a clear case in point. The classification of the Auditor’s General Report as an ‘official secret’, the early retirement of the last attorney general, and the reshuffle of the Public Accounts Committee all served to keep the truth from emerging.

Thankfully, we have journalists from the Wall Street Journal, Sarawak Report and opposition politicians such as Rafizi Ramli and Tony Pua who take pains to disseminate information on the blatant abuse of 1MDB funds. The US Department of Justice investigative findings is another major source of information for concerned Malaysians to fathom the sheer greed, audacity, arrogance and total dishonesty of the perpetrators of the 1MDB financial scandal.

Actually, there are many who may not be directly involved in the 1MDB scandal but have knowledge and vital information of what transpired. Whilst they may not have the full picture, it is almost certain that they know enough as to which parties benefited from the scandal. The question is, why are they not speaking up?

To answer this, Haridas observes, that many of those in leadership positions and who have access to vital information unfortunately suffer from a “leadership deficit”. Former Bank Negara governor Zeti Aziz, highlighted in a recent speech that Malaysia is facing a leadership deficit in both the private and public sectors.

Many have wondered aloud if the former governor might actually know more that what she has been willing to reveal. Indeed, it is a common human weakness to remain silent rather than risk losing one’s existing perks and benefits. The great challenge is for one to speak truth to power.

On the international stage, many of our country’s leaders have not hesitated to promote Malaysia as a country that embraces moderation. In fact, PM Najib gained much mileage when he launched an international initiative for a ‘Global Movement of Moderates’,

But to the shock of many, the Home Affairs, minister relying on a provision in the Printing Presses and Publication Act, banned the book Breaking the Silence: Voices of Moderation – Islam in a Constitutional Democracy, which was produced by a group of prominent Muslim Malaysians who refer to themselves as the Group of 25 or G25.

The book was banned because it is “likely to be prejudicial to public order, likely to alarm public opinion, and likely to be prejudicial to public interest”. By the way, the book had been available since December 2015; so critics of the ban are arguing that it is a sign that the government is giving in to Islamists and conservatives. The ban is also a clear curtailment of a basic freedom of expression.

Aliran, as an organisation that treasures freedom of expression, urges the government to immediately rescind the ban. It was quite timely that on 30 July, Aliran organised a public forum entitled ‘Defend our Freedom of Expression’ in Penang.

As a non-governmental organisation, Aliran, has been around for a full 40 years. We have been consistent in our struggle for a better Malaysia for all who live in this land, regardless of religion, class or ethnicity.

Last year, as a fund and awareness raising activity, we sought donations in exchange for an Aliran ‘Time to Act’ clock. On this clock, you will find many of the principles and values that we uphold strongly: justice, equality, conscience, peace, democracy, freedom, solidarity, truth, diversity, courage, respect and dignity.

No doubt the list is not exhaustive – but a Malaysia that stands and live by the above values will certainly be much better than what we have in place today.

It is a long journey, and looking at the poor state of overall governance today, there is still much that needs to be done. We urge everyone not to give up hope and instead join us in this common struggle for good governance. As patriotic and peace-loving Malaysians, we certainly deserve better.