Henry Loh looks back at a depressing year and yet still finds episodes that should inspire us to carry on the struggle for a more just Malaysia.

As 2016 draws to a close and as we look back to the year that was, Malaysians generally have very little to cheer about.

The weak ringgit has led to much weaker purchasing power for the rakyat. For the poor, it means that it is more difficult to put food on the table and there may be a need to “ikat perut” and live frugally.

Indeed, many Malaysians are caught in the middle and lower income trap and derive “small mercies” from government handouts, such as Brim, which incidentally many hand back to the government through the GST. The overall economy is not too ‘hot’ either, with depressed oil prices badly affecting national coffers. Hence there are those who hold the view that Malaysia is ‘on the brink…’

So how do we make Malaysia better? An important place to start would be in terms of governance. As it stands, “good governance” is severely lacking in this country and this is pretty much the view of the over 21,000 respondents who took part in an Edge survey entitled “How to fix Malaysia?”

Closely linked to the issue of poor governance is the widespread concern over corruption in the country.

As reported by Chua Sue-Ann,

“In short, people across the board were upset about graft and governance.

“Almost one in two Chinese and two out of five Malays said corruption was the main problem that should be addressed immediately.” (The Edge Financial Daily)

The above results indicate that only a small percentage of the respondents took issue with ‘a weak economy’ and ‘high cost of living’ but this may be mainly due to the fact that respondents were mainly skewed toward the urban areas and presumably better off economically. The results may well be very different if the survey was specifically conducted in rural areas and among the urban poor.

As it stands, our country leaders are pretty much in a state of denial giving little credence to the above survey results. The ruling elite also downplayed the significance of the impact made by the thousands of peace-loving Malaysians, who took to the streets of Kuala Lumpur on 19 November for the Bersih 5 rally, demanding free and fair elections, a clean and corrupt free government and the strengthening of parliamentary democracy.

Instead of addressing the burning issues of grand corruption, leakages and wastage the response of the powers that be is to be even more repressive. For example, Zunar an award-winning political cartoonist who highlights corruption and abuse of power through his work has been arrested numerous times with his art work, drawings and books confiscated. This has caused him to suffer much financial losses. He is currently facing a total of nine charges under the Sedition Act.

Indeed as Zunar, himself, lamented, “a corrupt government fears cartoons”. All of us should come together to show our support for Zunar and contribute to his recently launched crowd-funding campaign so that he can continue with his struggle to fight for justice and against greed and corruption.

READ MORE:  Amid plague of abuse of power, Malaysia at a crossroads

As concerned Malaysians, we must also rally and support University Malaya student activists Anis Syafiqah, Muhamad Luqman Hakim, Suhail Wan Azahar and Muhamad Luqman Nul Haqim who were recently suspended for one semester, their “wrongdoing” being to demand the investigation and arrest of Malaysian Official Number 1 (MO1) for his involvement in the massive 1MDB financial fraud and scandal.

What is so wrong about fighting against massive fraud, theft and corruption? They should be encouraged and lauded NOT punished. Aliran issued a statement to strongly criticise the University of Malaya authorities for taking disciplinary action against the above student activists.

Thankfully, it has not been bad news throughout. Many concerned Malaysians who value freedom and justice found something to cheer about when the appeals court (the second highest court in the country) made a ruling that Section 3(3) of the Sedition Act as invalid and ultra vires the Federal Constitution. (The section states that “for purposes of proving the commission of any offence under the Sedition Act, the intention of a person charged, was deemed irrelevant if in fact the act had or would, if done, the words, publication had a seditious tendency”.)

This means that the public prosecutor needs to prove that the accused had ‘intention’ to commit sedition before charging any alleged offenders. In the past, when there was no need to prove intention, it would have been much easier for the prosecution to obtain a conviction.

Meanwhile, we need to continue calling for the abolition of the archaic Sedition Act as there are many other existing laws that deal with issues like treason and disloyalty to king and country. Indeed Prime Minister Najib should be held to his promise to abolish the Sedition Act.

READ MORE:  Get to the bottom of project cartel, uproot all corruption

Brave Malaysians who rallied in support of Maria Chin when she was detained under Sosma procedures should also hold their heads up high and take consolation that it was “people power” through the nightly vigils held throughout the country that contributed to her early release. Without that pressure she would have in all likelihood been incarcerated without trial for a full 28 days.

Yes, 2017 will be a brand new year and many of the problems the nation faces have not been solved. But we need to be cautiously optimistic and resolutely determined to fight for change.

There is a strong possibility that the general elections will be held before long. As concerned and caring Malaysians let us make full use of this opportunity to rid our country of corruption and usher in a new more accountable administration through the ballot box.

All of us at Aliran would like to take this opportunity to wish you a meaningful Christmas and a Happy New Year. 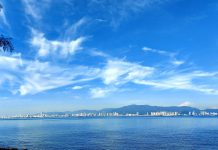 Let’s gear up for a healthier, more sustainable post-Covid world

It was the Women for Maria rally in Nov to call for Maria Chin’s release. She has been freed already.

When was this may i cover it?