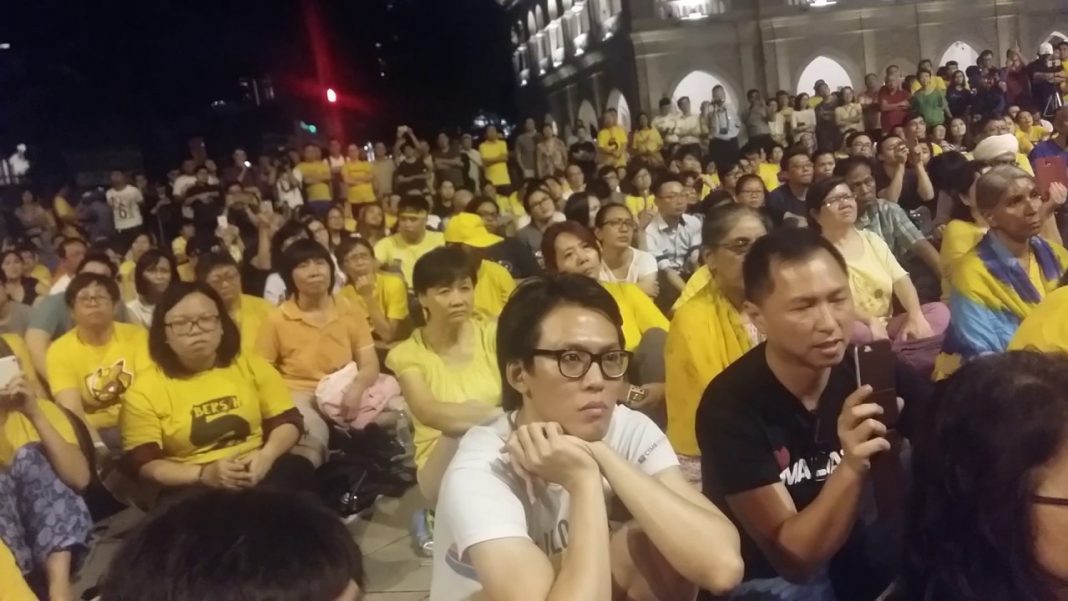 Zaharom Nain shows us how the authorities’ clampdown on Bersih 5 and the use of repressive laws had the opposite effect of galvanising many Malaysians to stand up for their rights.

It has been a tiring, often frightening, couple of months for many of us who are concerned about the future of this country and, indeed, the world.

The US presidential elections came and went. With one of the most personal, vicious campaigns ever fought, when it came to election day, it really was not one for Donald Trump to win, but for Hilary Clinton to lose.

And lose she did.

They surely must have been two very unpopular candidates because more than 40 per cent of eligible American voters did not cast their votes.

And it certainly isn’t reassuring to know that the president-elect is a racist, misogynist, bigot, openly endorsed by that white-supremacist American outfit, the Ku Klux Klan.

Over here on our shores, leading up to the Bersih 5 rally on Saturday, 19 November, we saw Umno’s thug brigade, the red shirts, harassing, intimidating, threatening and even attacking the numerous peaceful Bersih convoys traversing the country to get Malaysians to support the rally.

Scenes of the buffoon Jamal and his hooligans trying to scare off Bersih volunteers quite simply angered many who resolved to be out on the streets of KL on 19 November, ready to face these bullies and cowards.

Indeed, the red shirts were – are – clearly cowards because they have been running around in packs, easily outnumbering their victims, attacking them in groups and not daring to face them one-on-one.

Their march to the Malaysiakini building was unprecedented. That they, through Jamal, were allowed by the police to utter open threats to Malaysiakini, speaks volumes about the state of law and (dis)order in this country.

As for Bersih 5, what these thugs couldn’t achieve, the Malaysian constabulary foolishly thought they could.

Despite complying with the requirements of the Peaceful Assembly Act, despite the highest law of the land, the Federal Constitution, allowing for peaceful rallies, despite the Malaysian Human Rights Commission (Suhakam) declaring that Bersih 5 was legal, the inspector general of police, Malaysia’s top policeman, thought otherwise.

And, in a move that was as much predictable as it was stupid, the Bersih office was raided and the Bersih head, Maria Chin Abdullah, was arrested just a day before the rally.

Perhaps the authorities thought – as they did before – that detaining the `ringleader’ would deter the followers from carrying out the rally. It is as though they had been watching too many old ‘cowboys-and-indians’ movies. You know, the ones where the US cavalry tries to capture or kill the Indian chief, leaving the tribe in disarray, not knowing what to do but to lay down their bows and arrows and surrender.

What these `authority figures’ fail to understand is that Bersih, unlike the moronic red shirts, is NOT a barbaric mob, simply out to pick a fight.

Bersih is a movement, an idea, a quest for, among other things, justice, clean government and, quite simply, genuine parliamentary democracy. It is not any individual. It goes beyond individuals. Clearly something that this self-serving pack will never understand.

So, they arrested Maria.

And what happened the very next day was precisely what the authorities and their spineless red shirts had feared most.

Tens of thousands of Malaysians, the majority dressed in yellow Bersih 5 T-shirts, stepped out on to the main road of Bangsar and, at around midday, started the march to Dataran Merdeka.

Finding the routes blocked by the police at every major turn, they ended up, like Bersih 4 last year, in the Masjid Jamek area.

But not for long.

Messages spread for everyone to head towards KLCC and, without complaint, most did. These were the many who said that they initially didn’t plan to be at this rally. Until, that is, the authorities laid their hands on Maria and charged her under Sosma.

And after the success of the rally, clearly graced this time around by many segments of the Malay community, the daily vigil for Maria began. Vigils were held not only in KL, but in Penang, Ipoh, and even Seremban.

And as these threatened to spread further and grow, Malaysians were suddenly warned that lighting up a candle could now be seen as a crime in this green and now-unpleasant land of ours.

And just as it seemed as if those who had earlier taken leave of their senses had seen the light when they released Maria and dropped all charges on 28 November, 11 days after she had been detained, it now looks as though the forces of darkness have overwhelmed them again.

Despite freeing Maria, perhaps because of the pressure by shocked and angry Malaysians, the authorities have now stepped up this silly witch-hunt. The targets this time are more civil society leaders, mainly friends and associates of Maria and Bersih.

It has been asserted that the authorities are looking for those who have received funds from Soros’ Open Society Foundation.

The lie going around now – as it did a few years ago – is that billionaire philanthropist George Soros is out to topple the Malaysian government and that those his foundation has funded are also attempting “to carry out activities detrimental to parliamentary democracy”.

From this, it is quite clear that we have fast become a society where “black is white and wrong is right”.

For many of us, all these threats and intimidation imply that a snap general election is looming, hence this despicable regime is trying to stifle oppositional voices.

Others believe that this Soros bogey is just another pathetic attempt at shifting public attention away from the 1MDB scandal.

More recently, our very own Anil Netto has put across an equally convincing argument that the much-needed Malay vote is drifting away from Umno.

I believe most decent Malaysians hope that Anil is right.

how to send my letters to Aliran

Please write to the editor at aliran_malaysia@yahoo.com and explain to us who you are, along with your piece.

Good work Aliran,may allah bless all of us.