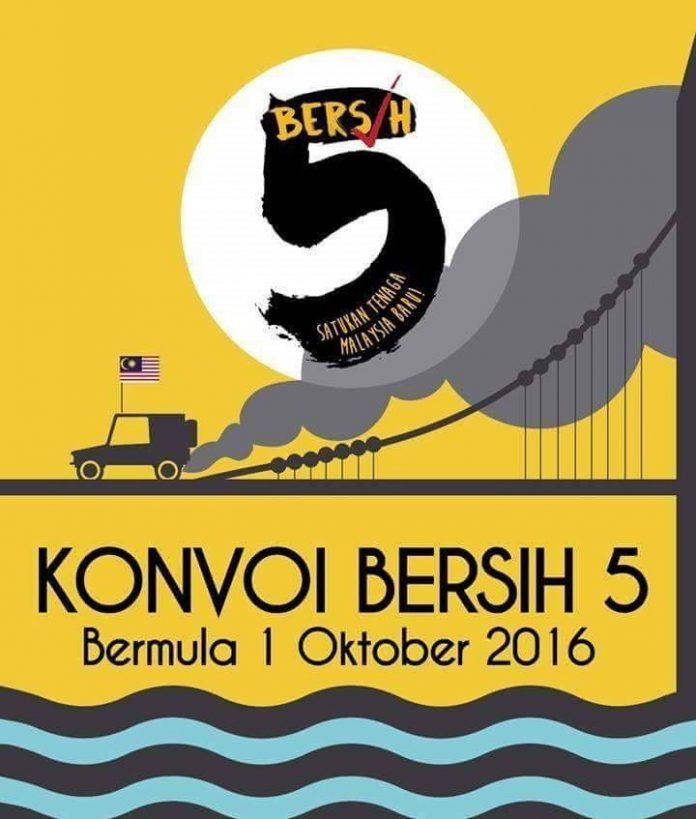 Now, more than ever before, concerned citizens of Malaysia must come together in unity to fight against corruption, greed and injustice, urges Henry Loh.

Around mid-September, Bernama issued a report which announced that Rosmah Mansor was to receive a Unesco ‘leadership by example’ award for her work with Permata, an outfit that conducts educational programmes for children.

As I read the news item, my mind instinctively linked Rosmah to Najib Razak and the latter with the ongoing 1MDB financial scandal.

A few days later the organiser of the event that was actually giving out the award, the Antiquities Coalition, clarified that the award had nothing to do with Unesco, the United Nations cultural arm.

Subsequently we were greeted with the news that the Antiquities Coalition had decided to defer presenting the award to Permata and Rosmah Mansor. It seemed that the deferment was due to ‘concerns’ over the source of funding for Permata.

By this time, there must have been many ‘red faces’ around, and it was not surprising that the prime minister’s press secretary, Tengku Sariffudin Tengku Ahmad, issued a statement decrying the interference of the Wall Street Journal and the New York Times, which had allegedly conducted a smear campaign.

Perhaps in retaliation – or could it be outright embarrassment? – it was also announced that Permata was declining acceptance of the ‘deferred’ award.

Now, why has this come to pass? Well, the 1MDB financial scandal is the ‘big elephant’ in the room. Despite all the repeated assertions of “innocence” and “I have not done anything wrong”, the prime minister is just unable to effectively shake off his close links to 1MDB.

The United States Department of Justice has seen it fit to file a civil forfeiture complaint against assets allegedly bought with money looted from Malaysia’s sovereign wealth fund, 1MDB.

According to the justice department report, more than US$3.5bn was misappropriated from the funds. The forfeiture action seeks to seize assets such as mansions, penthouses and artwork reportedly acquired using misappropriated 1MDB funds.

The justice department report also highlights the involvement and complicity of a Malaysian Official No. 1 (MO1) in the 1MDB scandal. In fact, a news report indicated that MO1 is mentioned a total of 32 times in the US law suit that “seeks to recover assets allegedly funnelled away from the troubled state fund 1MDB”.

When the justice department report first emerged, some staunch supporters of PM Najib claimed that MO1 may not be referring to the prime minister. One went so far as to suggest that MO1 could be the Yang Di Pertuan Agong.

Eventually, when it became way too obvious to deny, Minister in the Prime Minister’s Department Ahmad Rahman Dahlan, in an interview, stated that MO1 was none other than Prime Minister Najib Razak. But the Minister also claimed that Najib had been cleared of any wrongdoing after “comprehensive investigations by multiple authorities”.

Clearly the Bar Council does not fully support Ahmad Dahlan’s view and has instead called upon the relevant authorities to treat the grave justice department allegations with utmost seriousness.

In their statement, the Bar Council highlighted that “there is a palpable need for greater fervour, transparency and accountability in the investigation by our enforcement authorities and for appropriate and concrete action to be taken against all wrongdoers, without delay. The truth must be revealed, and justice must be done”.

The effect of the 1MDB financial scandal is far-reaching and wide. Indeed, the scandal has been in the spotlight for several years now but the existence of many ‘roadblocks’ has prevented the complete truth from emerging and for justice to be done.

Thankfully, civil society, concerned citizens and opposition politicians have not succumbed to lethargy and continue to exert democratic pressure on the government of the day to bring to justice those who are responsible for this financial scandal.

From 1 October and converging in Kuala Lumpur on 19 November, a nation-wide Bersih 5 campaign. The campaign seeks to highlight the need for genuine reforms that can help bring about good governance.

The reforms demanded include ensuring clean and fair elections; bringing about a clean government, free from corruption; strengthening parliamentary democracy; empowering Sabah and Sarawak; and respecting citizens’ right to dissent and protest.

We will post on our website some of the planned Bersih 5 activities. We strongly urge all concerned citizens who value democracy, justice and freedom to come out in full force to support Bersih 5.

The recent handshake between Dr Mahathir and Anwar Ibrahim in court surprised many people. Mahathir said he had gone to court to support Anwar’s suit against the government over the National Security Council Act 2016 on the grounds that it was unconstitutional.

Khoo Boo Teik draws two key points from what Mahathir and Anwar said. Mahathir said he had gone to support Anwar on a crucial issue (that the NSC Act may be unconstitutional) – something they both agreed. Anwar, for his part, said that Mahathir now supports the reform agenda.

READ MORE:  Tommy Thomas reveals all! Where is Malaysia heading?

How all this will pan out is anybody’s guess. But now, more than ever before, concerned citizens of Malaysia must come together in unity to fight against corruption, greed and injustice. The call for good governance and genuine reforms will remain a distant dream unless the current federal government is replaced through the ballot box. But for that to happen, the opposition really needs to get its act together.