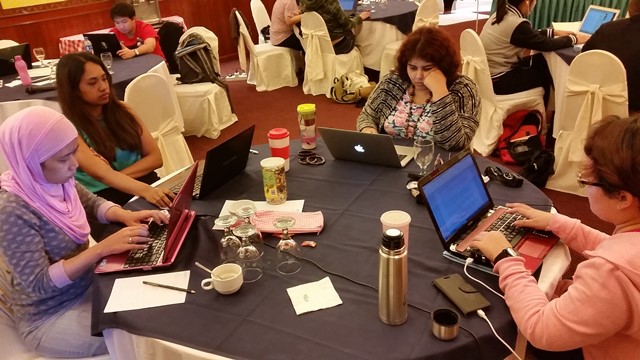 Say hello to the new young writers! Chris Chong highlights a few of the articles produced by participants of the second Aliran Young Writers Workshop in Penang recently.

In the past few weeks, Aliran organised three Young Writer’s Workshops in Penang and Kuala Lumpur to encourage and guide young people into becoming writers who will improve the present sad state of public discourse in the country.

You would have received, in a previous newsletter, a brief report of what went on in the first workshop. In this newsletter, I’ll highlight a few of the articles produced by the participants of the second workshop.

Heng Wen Zhou writes on the need to decentralise higher education by giving universities more autonomy so that they can perform their role in society. A university’s task, according to Heng, is not just to produce trained labour for the economy but also to identify and offer solutions to problems faced by society.

Suhaid Ar Rumy Ismail writes that our present political system is in a rut because the government is stuck in an old paradigm which sees the centralisation of political power as a virtue without realising that times have changed. They need to re-look at the way the system works. He argued that advances in information technology could help cut the layers of deeply ingrained bureaucracy and achieve decentralisation and transparency in the system. This can only further the cause of democracy.

Finally, Haziq Farhan argues that the time is ripe to re-introduce local elections. The two tier government that we have now lacks the ability to bridge the gap between the people and law makers in local governance. Local problems tend to be crowded out by larger national and state concerns which then leads to ineffective solutions to local problems. More importantly, re-introducing local elections would enable us to achieve greater transparency and accountability which can only deepen democracy in the country.

For other articles from the participants of these workshops, please click here.