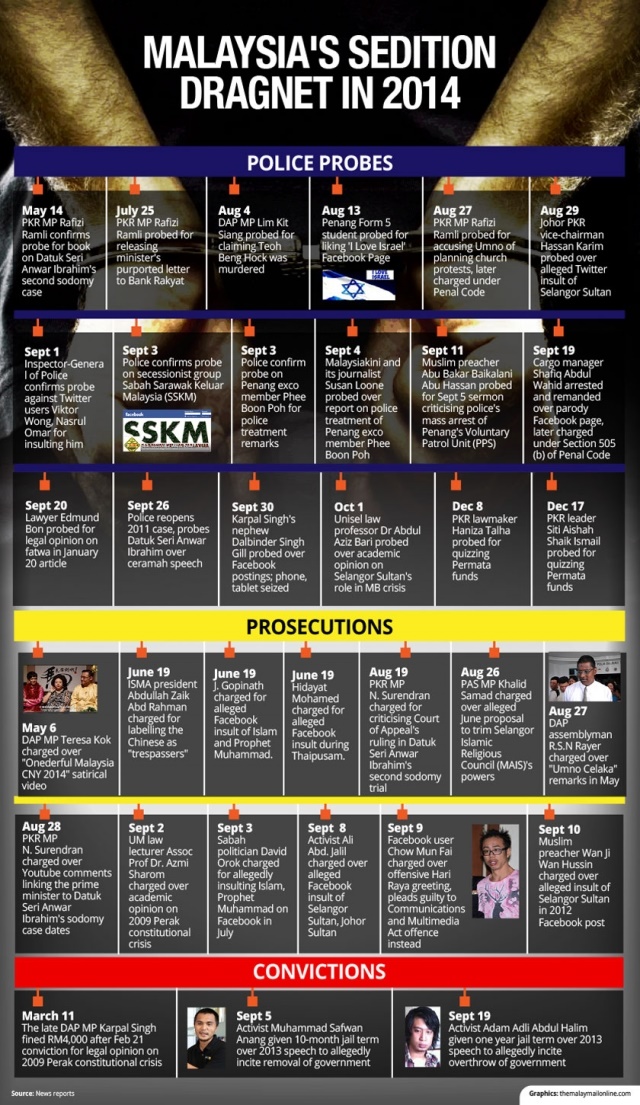 Happy Chinese New Year to everyone!

Many are still reeling from the Federal Court’s judgment on Datuk Seri Anwar Ibrahim’s sodomy case. Numerous comments on the judgement have been made, both locally and internationally, including those published on the Aliran website.

Vigils have been held for Anwar Ibrahim outside the Sungai Buluh Prison and elsewhere in KL while Pakatan debates who will hold the seat as leader of the opposition, the by-election in Permatang Pauh and the way forward for the opposition.

The nation then saw the loss of Pas spiritual leader Dato’ Haji Nik Abdul Aziz Nik Mat, a leader respected for his integrity, to cancer. His absence will be keenly felt by many.

While Pakatan come to terms with the above, the Sedition Act dragnet continues. Just a week ago political cartoonist Zunar, who is being investigated over alleged seditious remarks against the judiciary, was released on bail after being remanded for three days.

The next victim was PSM secretary general S Arutchelvan, who was arrested by police on the eve of Chinese New Year over a PSM statement denouncing Anwar’s sodomy verdict as a “political judgment, beyond reasonable doubt”. Arutchelvan was released the following day after a police request for a four-day remand period was denied by the magistrate.

On a different note and often below the public radar, custodial deaths continue to occur with each passing month. Perhaps a new KPI for the Home Ministry is needed. As this e-newsletter was written, news emerged of another custodial death in Penang – a 43-year-old prisoner has died soon after arriving in Sungai Bakap Hospital in Penang for treatment.

The end of the last week also saw Aliran complete the fourth and final workshop for young writers held in Ipoh. The Young Writers’ Workshops saw almost 80 young people in total attending these workshops. Many interesting pieces have been produced at these workshops, most of them by first-time writers, and these have been published on the Aliran website. Here’s one about public toilets and good governance and another on multiculturalism.

The workshops showed many of us in Aliran the creative energy and enthusiasm of the youth for a different Malaysia. These young people are part of the future of this country. We look forward to hearing more from them.