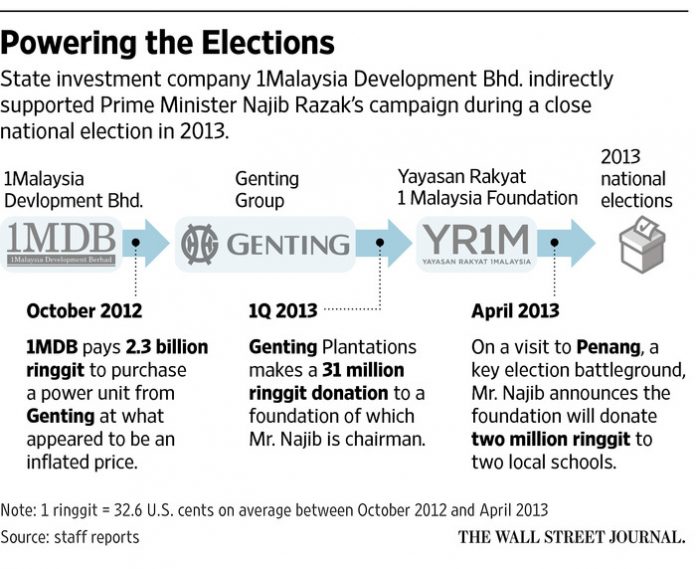 Our fervent wish and hope is that the restructuring process in both state and society would eventually advance the democratisation process, writes Ngu Ik Tien.

Over the last two weeks, the scandalous 1Malaysia Development Bhd (1MDB) has continued to make headlines in news media. While former premier Dr Mahathir Mohamad continues to attack Najib Razak’s leadership and his role in 1MDB, a cabinet minister has resorted to intimidating whistleblowers such as The Edge business weekly.

The Edge has been vigorously reporting on 1MDB’s dealings, and its in-depth reports have apparently led to Home Minister Ahmad Zahid Hamidi’s dissatisfaction. The minister has not only lashed out at the weekly, but also threatened to revoke its publishing permit. In response to such intimidation, Aliran issued a press statement calling on upon the government to repeal the undemocratic PPPA, which has from time to time been used to intimidate publishers and dampen investigative journalism.

Religious bigotry has crept into government institutions and infringed on the rights of citizens. Together with 18 other NGOs, Aliran endorsed a press statement issued by Gabungan Bertindak Malaysia (GBM) urging Education Minister Muhyiddin Yassin to affirm non-Islamic faiths’ legitimate presence in schools, in accordance with the spirit of Articles 3 and 11 of the federal constitution.

As stated in the statement, Aliran believes that there must be proper arrangements to provide refreshments withn school premises for both non-Muslim students and those Muslim children who cannot fast because of age, health or other considerations.

In his commentary titled “Urine joke that stinks to high heavens”, Mustafa K Anuar reminds Muslim adults that the exercise of self-restraint is vital during Ramadan as there will always be temptations in the real world. Also, they should not impose their faith and measuring rod on others who do not share their religious belief nor should they rely on self-appointed moral guardians to police the Muslims.

In the same article, he invites Muslims to appreciate the fact that morality (and piety) doesn’t stop at the length of the skirt. Prema Devaraj also comments in a creative way on the recent uproar over the dress code imposed on women in government buildings.

Both of them question the standards of decency set by some quarters in authority, which in their view reflect a sense of hypocrisy and self-righteousness. Mustafa reminds Malaysian Muslims that corruption in the country’s administration, accountability on the part of political leaders, respect for human rights, and compassion for the poor, the minorities and the marginalised are, undoubtedly, moral issues, which unfortunately have not received adequate attention.

Prema Devaraj creatively expresses her views in a poem:

You see her ankles, calves and knees.
You admonish her for indecency
Yet you do not speak against the indecency of a state which places profits before people and keeps millions in poverty.

In the past weeks, Malaysians have witnessed conflicts where several social groups have turned against each other in their quest for power. For instance, the royalty appears divided. One group, represented by the Pahang royal family, has openly backed Najib whereas the crown prince of Johor has indicated his dissatisfaction with Najib’s 1MDB. The latter was involved in a heated spat with Nazri Abdul Aziz, the cabinet minister, who advised the crown prince to stay above politics.

Other groups such as Umno veteran politicians, the upper and middle echelon of Umno’s men, the Pas and MIC leadership are all divided and torn by bitter internal fighting.

As for the towering organisation in the Chinese community, Dongzong, its factional battle has apparently failed to be resolved in court, and the dispute has currently been brought before to the Registrar of Societies. Indeed, it may eventually face deregistration if the power struggle intensifies.

Malaysian society is currently in transition from old politics to new politics: the ruling coalition no longer has the advantage of a strong government, and traditional social forces are undergoing a dismantlement process.

Our fervent wish and hope is that the restructuring process in both state and society would eventually advance the democratisation process which will prioritise and uphold the welfare of the rakyat above all else.