The International Day of the Family today cannot be more than a banal liberal platitude if policymakers insist on confining the meaning of family to traditional, biologically premised concepts, Renuka Balasubramaniam writes.

Does the reality of motherhood really reflect the sentiments of devotion, love and patience which the Mother’s Day posters and memes depict?

Assessed over several decades, it would be hard to deny that it does. Its value, in my own experience is that the highlights of motherhood certainly lie in its ability to “relentlessly” promote the development of those qualities within us.

For many women, however, motherhood is little more than hours, that turn into days, that turn into years of anxiety, fear and worry about the humans – not animals or routine self-care tasks – charged to their care. It is little more than an existence, escape from which lies in television binging, screen addiction, retail therapy, alcohol, drugs, fantasy romances and sleeping pills. Viral videos of abusive mothers are testament to this.

Frequently, marriage and motherhood is a decision made for women by society, which benefits from their staying within the social construct. Marriage and ensuing motherhood, within a narrative of childbirth as God’s gift, is typically, imposed on a woman by some well-meaning guy – be he her father, grandfather, brother, even brother-in law – whose interest lies in getting her off his hands into a “safe place” to save her.

From what? From the bogey manwhich was rape, sexual exploitation or reputational “disgrace”. By contrast, he was bequeathing the gift of a place and family to call her own – well almost and relatively speaking. And society would punish her through exclusion for breaking ranks.

Singlehood too, continues to be a stark social anomaly unless one chooses to dissociate from family – the microcosm of the artificially conceptualised family unit. The norms of society, which we unconsciously seek and expect to be a part of, dictate our fitting into a coexistence in order to raise our young.

It is presumed that women “naturally” find satisfaction and joy in accomplishments such as meals several times a day, a tidy home in good repair, bills all paid and sufficient money in the household to make these necessities a reality. With patience and endurance she is imagined to have natural abilities to teach or to calm a sick or uncooperative child. Regardless of whether the other half of the ‘social’ construct jumps ship, the expectation remains, it is still her job.

If she had been raised by parents who remembered World War Two, she may have grown up with fearful, insecure, critical parents who unconsciously fostered deep feelings of shame and inadequacy – feelings that permeate the performance of every one of those daily tasks.

Fast forward 20 years of doing the same things over and over again, of living with persistent self-criticism, feelings of shame and insecurity – and it is a wonder if she hasn’t cheerfully slit her wrists.

This is not about resisting domestic tasks. Those and any other tasks are likely to be mundane, repetitive and solitary if one is neurotic but they present unique and creative opportunities, if one’s wellbeing is securely established.

For many Asian women, motherhood is not and never could be the equivalent of having, for example, five years to make her own mistakes; to accomplish the goal she organically designed, as the consequence of her unique difficulties. Even if they did have the freedom to do this, the fruits of their endeavours would never be their own.

How then was the drive to attain success ever to materialise? Businesses don’t pursue profits so that they can be shared with non-shareholders. Wouldn’t women be deterred from upward mobility if others wait in the wings to stake a claim to their profits? Or does their devoted loving patience shield them from these ‘ugly’ values?

The reality of government social support in Malaysia is that public incentives – as nominal as they are – do not extend to non-traditional families who might assume care responsibilities. Grandparents, siblings, aunts and uncles, even same-sex partners and people without any choice but to live together, are disincentivised from the duties of raising the young and other domestic duties. This even though they may already have nurtured an emotional connection with their wards.

The stereotype of the loving, devoted, patient mother might just be the opiate keeping us oblivious to the mental health implications for women with day-to-day care responsibilities.

Let us make room – through formal policy incentives – for different social constructs that have the capacity to share duties previously allocated to women. Let that policy not just be limited to an environment permissive of domestic help.

The International Day of the Family cannot be more than a banal liberal platitude, if policymakers insist on confining the meaning of family to those centred on traditional, biologically premised concepts. 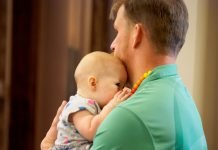