We must start with household waste and force the habit of separating our rubbish at source, writes P Divakaran.

Malaysia imported roughly the weight of 100,000 large elephants in plastics in just the first six months of last year, according to Greenpeace.

While the scandal about plastic waste-dumping from first world nations is a serious matter of concern, our own attitude towards waste is also starting to catch up to us.

Along the banks of the Kayu Ara River in Selangor where I work, mountains of trash illegally dumped threaten to spill into the already heavily polluted river. The sad thing is that scenes like this are common.

Housing and Local Government Minister Zuraida Kamaruddin revealed that about 60% of the Malaysian population fail to throw rubbish into rubbish bins.

We are running out of time and desperately need a sustainable waste management solution that also cultivates proper garbage disposal habits.

The introduction of the Hazards Analysis and Critical Control Point (HACCP), Makanan Selamat Tangungjawab Industri (MeSTI) food hygiene certification scheme and Malaysian Good Agricultural Practices (myGAP) has been commendable. So too are the new efforts towards renewable energy and reforms to the electricity market.

Despite this, we have not seen an integrated waste disposal approach to the problem.

Meanwhile, authorities still fail to act or have completely disregarded enforcement of existing laws until it is too late. Recent examples include the chemical dumping at Kim Kim River in Pasir Gudang, the illegal plastic recycling factories at Jenjarom and the viral pictures of illegal dumpsites along river banks in Kedah and Selangor.

Even when the authorities act, as in the case with the closing down of the 273 illegally operated plastic recycling premises since July 2018, there has been no follow-up plan to treat the plastic that was left behind. The plastic was just relocated and left untouched.

The government must therefore consider how to bring in key industry players and companies that have developed innovations relating to waste reduction. One company, for instance, has a machine that is able to sustainably reduce most solid waste to ash.

The fact that we spend 1.3% of our GDP on research and development and yet manage to produce less innovation than Finland, which has a budget three times less, is embarrassing.

Within Asia, countries like Japan and Korea have adopted the idea of an integrated solid waste management approach. This comprehensive system focuses not just on waste collection and transportation, recycling and composting, disposal, and on energy recovery.

The system also allows for a combination of waste management practices to become integrated for maximum efficiency. The system starts with the separation of garbage at the household, which helps to push forward public awareness.

The war against plastic bags and straws – including the roadmap and legal framework towards the elimination of single-use plastics in Malaysia by 2030 – has created some awareness.

But this will not be enough to solve the problems we are facing. There is simply not enough awareness.

The government’s solution to tackle this problem head on is the “3R on Wheels Campaign” (reduce, reuse and recycle), a public awareness programme that seeks to “create a culture of people looking for trash cans instead of the way round”.

We must do better. We must start with the household (at the source) and force the habit of separating our household waste.

One study found that the participation rate of waste separation in Malaysia is still low despite it being an offence under the Solid Waste and Public Cleansing Management Act 2007 to not separate solid waste.

While some schools in the Klang Valley run recycling programmes, the students in charge of collecting the papers and plastic bottles lack the basic understanding about recycling and are even unable to explain why it is important.

We cannot simply issue fines to household without providing the necessary infrastructure such as recycling bins, a clear schedule for collection and differently coloured rubbish bins for households.

Local councils must play their part here. They should provide bins to houses and only then start thinking about how to issue fines.

Despite some effort being made by the government to tackle waste management, it lacks an integrated sustainable approach.

If our solution does not start with the household, our existing attitude towards waste disposal will eventually cause us to drown in our own waste.

P Divakaran is a former journalist who now works as a communications officer. He recently attended a Aliran writers’ workshop with the theme “Writing for Change in New Malaysia”, where he wrote this piece. 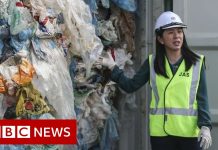 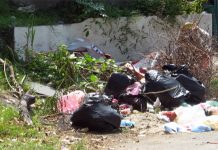 For more than 20 years already, I save every bit of paper as small as a 10 cent postage stamp for the recycling industries.We can talk until the cows come home but if the govt in Federal and State levels do not enforce the laws we will Never Succeed. Bear in mind that enforcement must be done and seen to be done on a fair basis without FEAR OR FAVOUR! Just look into our roadside drains and elsewhere which have few inches of mud and decorated with all sorts of litter.