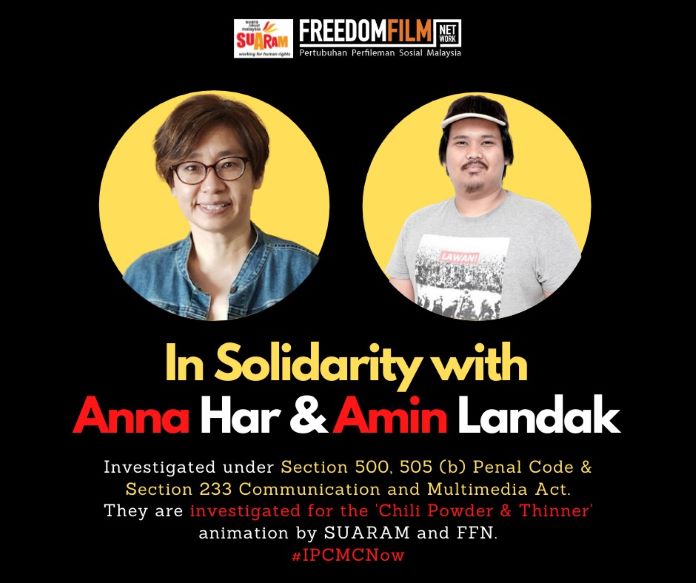 Aliran condemns the recent police raid on the office of the Freedom Film Network, following its screening of a short-animated film Chilli Powder and Thinner.

This is an assault on freedom of expression and speech as enshrined in our Federal Constitution.

Also raided was the home of cartoonist Amin Landak, who was involved in the production of the controversial film. Both he and Freedom Film Network co-founder Anna Har were earlier called to Bukit Aman for investigations over the film.

The film is based on the story of a person who was allegedly subject to torture, along with his two friends, in police custody. It aims to raise awareness and concern over custodial deaths.

The authorities’ high-handed action is a crass form of censorship that does not augur well for human rights advocates and those involved in the media and the arts.

We call on the police to cease further investigation of both individuals who were merely exercising their democratic right.

Aliran executive committee
4 July 2021
Support the struggle to build a Malaysia based on Justice, Freedom, Solidarity: 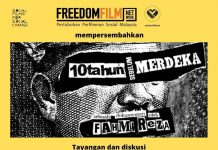