The decision of the Royal Commission of
Inquiry not to call Dato Seri Anwar Ibrahim comes as a great shock.
We are devastated by this absurd decision by a body that has been
entrusted to seek the truth and defend justice. It is absolutely
clear that this commission is not capable of seeking the truth or
defending justice.

It is not only Anwar but all the others
associated with him – R Sivarasa, Sim Tze Tsin and two other secret
witness – were excluded from coming forward to give evidence
and shed light on areas that were unclear and cloudy.

Some witnesses professing not to
remember or claiming that they were unable to recall certain
incidents and facts made it extremely difficult for the Commission to
arrive at any conclusive finding. And when Anwar volunteered to “fill
in the gaps” with the evidence he had in his hands, any Commission
committed to finding the truth would have jumped at his offer.

But it was not to be so. Why? Were
certain Commissioners who were part of the judiciary trying to
protect certain individuals from being named for their own interest
and the interests of their friends?

Anwar and his two colleagues were at
the centre of the Lingam video controversy. The video was made public
and police reports were made. Surely they have a right to appear
before the Commission to give evidence. Without them, there would be
no Commission.

The Commission must be reminded, “One’s
first step in wisdom is to question everything – and one’s last is to
come to terms with everything.”

Support the struggle to build a Malaysia based on Justice, Freedom, Solidarity:
READ MORE:  Ismail Sabri or Anwar Ibrahim? Malaysia at a crossroads

We now realise the wisdom in Anwar
wanting Tan Sri Haidar Mohd Noor and two other commissioners to recuse
themselves in the interest of justice. These three form the majority
in the Royal Commission and, knowing their past, especially Haidar’s
role in subverting the due process of justice in the nefarious Tun
Salleh episode in 1988, that demand must be viewed positively and as
being justified.

It is not known whether the decision
not to call Anwar and the others was unanimous or a
majority decision.

Malaysians found it difficult to
understand what transpired during the proceedings on Friday, 18
January 2008, when Tun Eusoff Chin was giving evidence. The leading
officer, DPP Datuk Nordin Hassan, objected to the line of questioning
by Ranjit Singh (representing the Bar Council), saying that it had
gone outside the ambit of the terms of reference of the inquiry.

Datuk Mahadev Shankar stated, “One of
the terms of reference is to determine whether a misconduct had been
committed by the person or persons identified in the video clip.”

But Tan Sri Haidar responded, “Is it
necessary to ask these questions?”

Following these exchanges, Tan Sri Steve
Shim came into the picture and commented, “At this stage of
questioning, certain things have been brought about. I’m not sure
whether Tun (Eusoff) wants to say something. I notice he is not
represented. Maybe we need to ask if he needs time to get legal
representation in these proceedings.”

Later Haidar advised, “Maybe Tun
would want to consider getting legal representation to guide the
commission”

Then Eusoff Chin stated, “I think I
need to get a counsel now.”

The proceedings were then adjourned
with no sitting in the afternoon.

This took place when Eusoff Chin was
being grilled and found himself in a tight spot. When both Steve Shim
and Haidar interceded at this juncture, it gave the impression that
they were coming to Eusoff Chin’s aid.

Eusoff Chin being the ex-top man of the
judiciary should have come with his counsel. But he didn’t. When
Eusoff Chin appeared as witness, both Steve Shim and Haidar could
have asked him whether he was represented and could have even advised
him to have legal representation at that stage. But they didn’t.
When they interceded at the crucial point when Ranjit was heading
somewhere, it gave rise to a lot of negative opinions.

Apart from this, we are also perturbed
that the Commission decided to hear certain evidence in camera. This
is totally disappointing and absolutely unacceptable. It is
imperative that a Royal Commission that is tasked to arrive at the
truth should be open and transparent. It is all the more important
when the common perception is that this Commission was set up to
cover up the truth. The Commission should therefore have been
sensitive and seen to be really interested in discovering the truth.

The Commission may claim that they
acted in their wisdom to be secretive and deny certain witnesses from
giving evidence.

Let the Commission be reminded of
Mahatma Gandhi’s wisdom: “It is unwise to be too sure of one’s
own wisdom. It is healthy to be reminded that the strongest might
weaken and the wisest might err.” 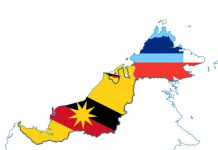