Aliran is appalled that Immigration Department director general Khairul Dzaimee Daud appears determined to round up undocumented migrants during a national health crisis – a move that Home Minister Hamzah Zainuddin has backed.

But this runs counter to Science, Technology and Innovation Minister Khairy Jamaluddin’s earlier pledge that the government would not arrest migrants who want to take part in the national immunisation programme.

The crackdown, if carried out, risks driving many migrants underground, leaving them unvaccinated and untreated. This may then pose a health hazard to surrounding local communities or to those in contact with them.

This reminds us of an earlier crackdown during the first lockdown last year. That move backfired horribly when several clusters broke out in immigration detention cells soon after.

To now say that migrants do not pay taxes and hence do not deserve humane treatment is a lame attempt to legitimise another unconscionable crackdown.

Such grounds belie the fact that employers pay the government RM1,800 in annual foreign workers’ levies for each worker hired. Meanwhile, migrants have to pay much higher fees in government hospitals.

Let’s not forget, migrant workers – whether documented or otherwise – have contributed immensely to the national economy through their blood and sweat. Their contributions deserve our appreciation.

Migrant workers are as anxious as any Malaysian about their vulnerability to Covid. Don’t deny them their right to be protected. It is bad enough they have been exploited and short-changed by some unscrupulous employers, if not a few government officers, all these years.

These workers do not need to be treated in such an undignified way in their hour of need. Khairul Dzaimee should desist from doing what is morally despicable. 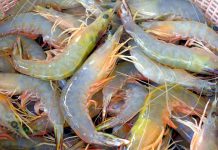 Focus on curbing infections, not going after migrants during lockdown