Aliran is perturbed that the personal privacy and space of Bukit Lanjan Assemblywoman Elizabeth Wong has been violated in the most callous and vicious manner. Private space and personal privacy of any individual is a sacred thing and is a fundamental right of a person. This is a basic principle.

This being the case, shouldn’t our anger and outrage be directed at the scumbag who maliciously violated this principle without any moral remorse? Why isn’t he being crucified for his unconscionable act of betrayal that had exposed an innocent victim causing her mental anguish and emotional trauma?

Why don’t the media condemn this dastardly rascal who has shown no decency in his relationship with his former girl friend? Did they raise the question of possible monetary gains and political exploitation associated with this despicable episode? Why did these photographs surface now when there are concerted efforts to destabilise the Pakatan-controlled states?

The Ex-Selangor Meteri Besar Dr Mohd Khir Toyo is baying for Elizabeth’s blood by demanding her resignation on moral grounds claiming that there should be no double standards. “Otherwise,” he contends, “it (Pakatan) will be seen as a party with no moral values.”

What would this paragon of morality have to say with regard to the toppling of the duly elected Pakatan Perak government with the help of two former PKR  members who have been charged for corruption? By his own logic isn’t the BN “a party with no moral values” for exploiting them in the change-over of the Perak government?

Some years ago a very top Umno leader who is riding high today was allegedly caught for khalwat by the religious department officials in Port Dickson. Would Khir Toyo  be consistent and call for his resignation so that his party will not be seen “as a party with no moral values” or one that practises double standards? Would he demand, “How can she allow a man into her room when they are not married? What’s the status of their relationship?” Would he dare?

Support the struggle to build a Malaysia based on Justice, Freedom, Solidarity:
READ MORE:  Party-hoppers, where is your conscience? Where is your obligation?

If he doesn’t respond to this challenge doesn’t he deserve to be labelled as a vile hypocrite?

In the case of Elizabeth Wong, as Farish Noor observed, “No crime has been committed, no public funds embezzled, no state secrets revealed and no Mongolian models blown to bits.

“The pathetic demonstration of moral outrage on the part of some conservative quarters should therefore be exposed for what it is: an instance of gross hypocrisy and double-standards at their most vile.”

A young and up-coming life of an Assembly woman has been ruined and destroyed for political expediency. But let’s not ever forget the lessons of March 8.

Once again, I would like to quote Farish Noor to drive home this fact:

“In the wake of the elections of March 2008, Malaysian society has demonstrated our desire for change, and for a new politics that befits and mirrors the new Malaysia we live in. This was the clearest call ever for a new political culture where feudalism, corruption, nepotism, hypocrisy and double standards are done away with once and for all.

“We are sick and tired of the vacuous moral claims of those who speak of morality and religion on the one hand, while robbing the state and eroding our fundamental human rights at the same time.”

Let’s reclaim our rights, protect our democratic space, reassert our notion of what is right and wrong and punish those “who speak of morality and religion on the one hand, while robbing the state and eroding our fundamental human rights at the same time” whenever we get the opportunity to do so especially when elections are held. 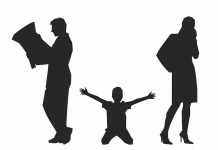 Malaysia’s political conflict has left us like a family divided