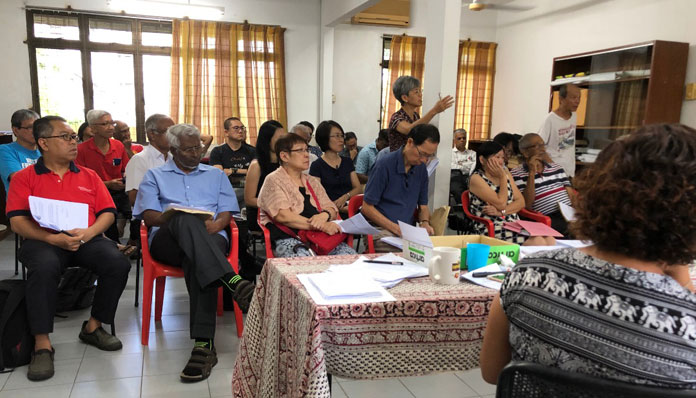 Aliran members, gathered for the society’s 43rd annual general meeting this morning, expressed concern that excessive politicking could derail hopes for reforms in the new Malaysia.

Members hoped that civil society would continue speaking truth to power without getting pessimistic. It was important to be optimistic and not lose hope, they felt.

In her reflections read out at the annual general meeting, outgoing president Dr Prema Devaraj urged members to promote a “more inclusive narrative to counter the race-religion narrative”, which often distracts us from the real issues at hand.

“As we move forward, we must be mindful of the understanding which needs to be created, of the bridges which need to be built and of the solidarity that must be extended to all who believe in a new Malaysia.”

Prominent blogger Anil Netto was elected president, replacing Prema, who declined renomination as president after serving three terms. Members expressed their appreciation for her selfless and tireless service in broadening Aliran’s reach to the public.

Women comprise 33% of the new committee.