Aliran views with deep concern the furore sparked by research group Asli’s recent findings on bumiputra equity ownership which led to the unfortunate but principled resignation of its research director, Dr Lim Teck Ghee. The episode touches on important questions of freedom of inquiry and of expression that are the cornerstones of any research that values high standards of investigation, intellectual rigour and integrity.


Policy research concerns many Malaysians particularly when it involves important national issues such as the New Economic Policy, which affects the political, economic and social life of the nation and its people. It is of vital importance that the methodology applied in seeking answers and establishing the truth is open and transparent for the findings to have legitimacy and public confidence.

Deputy Prime Minister Najib Razak’s warning to Malaysians who question the validity of the official data fuels suspicion that something is amiss. Any data that cannot come under public scrutiny loses validity and credibility. It makes a mockery of the government’s oft-professed commitment to transparency and accountability if basic questions about how the government arrived at its own figure – 18.9 per cent – are not answered. For him to hope that such data will be accepted and not be questioned by anyone smacks of authoritarianism. How are we expected to create a thinking society when people are not allowed to think and question for themselves?

Putting a stop to discussions and dialogue on the pretext that it is a ‘sensitive’ or ‘seditious’ issue suggests that the government is unable to defend its figures and stand by them. Besides, the tired, worn-out seditious argument doesn’t hold water in this day and age. Even if there is a possibility of confusion arising from conflicting figures, it should not lead to name-calling, labelling or ‘rubbishing’ of the other side’s research findings. The government should have responded by providing convincing arguments backed by facts, figures, and an academically acceptable methodology. This is the mark of a society that is rational, scientific and democratic as envisaged in the much-touted Vision 2020.

Finally, it is important that the truth emerges from this public debate and dispute. There has been concern that many segments of Malaysian society have been left out from the mainstream of development even after 35 years of the NEP. Concerned Malaysians want to be reassured that any national policy aimed at improving the welfare of the people will benefit those who need help most, especially the powerless, the poor, the dispossessed and the disadvantaged. 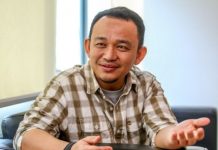 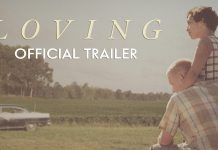