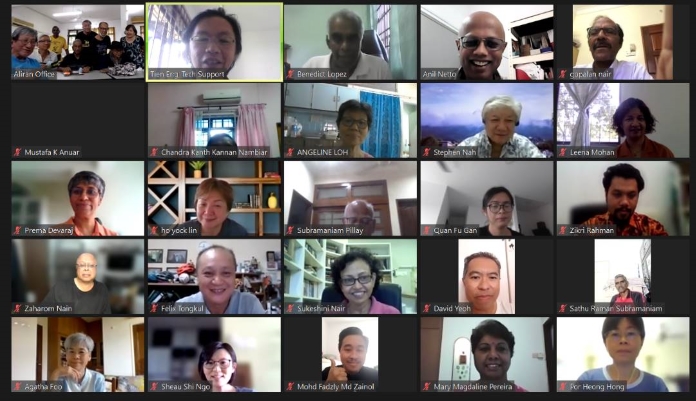 Members attending Aliran’s 45th annual general meeting, held in a hybrid manner this morning, welcomed the outcome of the general election and the formation of a reformist-led government.

The mood was distinctly upbeat as members discussed several reforms that could be carried out to deepen our democracy and strengthen checks and balances.

However, members were aware that the road ahead for the new Prime Minister, Anwar Ibrahim, and his team could be bumpy, as they would need to balance competing interests and agendas in a broadened coalition.

Aliran members also hoped that the new government would be given the chance to complete a full five-year term so that it could introduce reforms that were promised in their manifestos.

“As the election outcome reveals a deep rift in voting patterns, it is crucial that NGOs like Aliran work to build bridges and promote better understanding among the people,” Aliran president Anil Netto said.

“That said, we move on with hope for a more inclusive Malaysia based on justice, freedom and solidarity. Aliran itself has a role to play in promoting a more inclusive, democratic and sustainable nation through our articles and programmes.”

Members re-elected Anil as president, Dr Azmil Tayeb as honorary secretary and Henry Loh as honorary treasurer. Mary Magdaline Pereira takes over as honorary assistant secretary from Dr Prema Devaraj, who was elected to the executive committee this time.

Congratulations to the incoming leaders
Bless all