Aliran is concerned over the police investigations into activists over peaceful gatherings at Dataran Merdeka and in front of Sogo shopping complex in recent days.

Fadiah Nadwa Fikri, Ambiga Sreenivasan, Marina Mahathir and many others are reportedly being investigated under various laws for their alleged role in these gatherings.

Police have also arrested five people and opened 10 investigation papers for various comments made on social media in relation to the political turmoil.

In all these cases, the police are believed to be using various oppressive laws such as the Peaceful Assembly Act, the Communications and Multimedia Act and the Sedition Act.

The authorities must understand the public outrage over the political mess the country is going through and the fall of an elected government. They must thus allow avenues and opportunities for people to express their spontaneous dissatisfaction peacefully. The activists were merely expressing what many people feel.

The Human Rights Commission of Malaysia (Suhakam) has stressed that Malaysians’ freedom of speech and expression is guaranteed under Article 10 of the Federal Constitution.

We continue to call for the repeal of all repressive laws and call for all such investigations to cease. 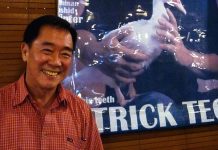