The Botanical Gardens, as it is fondly referred to, is visited daily by hundreds of Penangites and tourists, both local and foreign, who use it in a variety of ways for their enjoyment. Aliran understands the importance of efficient and effective management of the Botanical Gardens for its maintenance and preser – ation and welcomes the state government’s efforts in trying to do this.

The passing of this enactment replaces the Penang Waterfall Gardens Enactment 1923, which had despite various amendments in the past proven to be inadequate in ensuring the proper management and development of the Penang Botanical Gardens.

We are given to understand that this new enactment will result in the setting up of a state corporation, which will hopefully overcome the overall control of the federal authority over the Penang state authority. This will provide more powers to what was previously a state-level authority which was perennially short of funds and had officers under federal government control.

Under this enactment, a general manager and other officers can be appointed by and would be first and foremost answerable to the Penang state authority. The enactment also allows the corporation to enforce regulations and fines, to set up of its own fund through grants received from the government and private donors, to charge fees, to enter into contracts and even to borrow and lend money.

The assumption would be that the corporation would have easier and greater access to funds to conduct its operations and importantly manage the garden more effectively.

Aliran is also disturbed that in the passing of this enactment there is no mention of the Penang Botanical Gardens Special Area Plan. We understand that the public hearing committee’s revised version of the Special Area Plan had been presented, amended, and passed by the Penang state government in 2016. But there has been no public announcement and sharing of the plan that was approved by the Penang state government. Among others, does the approved version contain provisions for a cable car project that lands in the vicinity of the gardens?

In the interest of transparency and accountability, the Penang state government must make public the Special Area Plan that it has passed to assure Penangites that this Penang State Park (Botanic) Corporation Enactment 2017 will not pave the way towards the building of a cable car from the Penang Botanical Gardens to Penang Hill.

The concern over the future of the Botanical Gardens arises from the model of development both the Penang state government as well as the federal government have embarked upon.

Aliran calls upon the Penang state government to take the necessary steps to ensure that the transformation of the Botanical Gardens into a State Park, will not result in profits being put before people and the over commercialisation of what is now a cherished public facility. We should never forget how precious the Botanical Gardens is to the people of Penang. 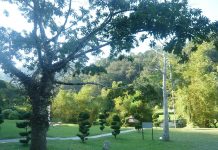 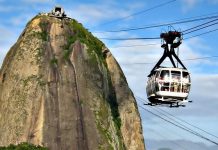