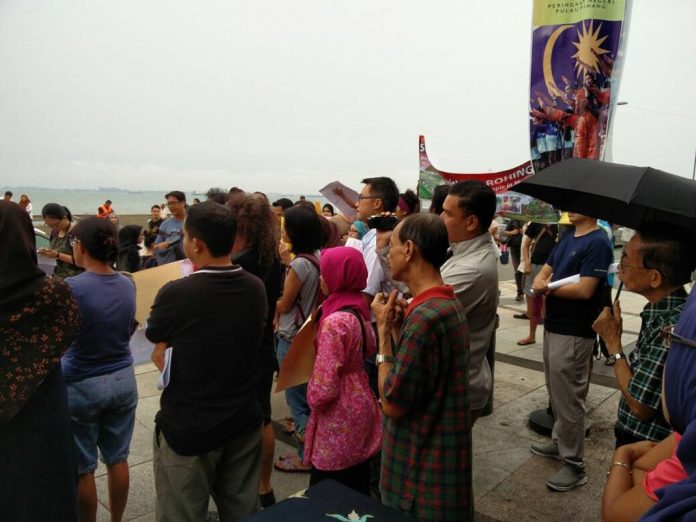 This gathering (today, 10 September 2017) is to give a chance for us to express our solidarity with the Rohingya and others who are being subjected to such atrocities and violence in Arakan state, Myanmar.

Everyday for the last two weeks, as it was for the months following last October, as it has been off and on since 2012, since the early 2000s, since 1978, reports come in from the Rohingya and others in Arakan state detailing abuse after abuse committed by the military and their supporters against innocent civilians – women, children, babies and men. Many in the world are calling it genocide; we agree.

Since 25 August, when border outposts were allegedly attacked by a new group calling themselves the Arakan Rohingya Salvation Army, the military response backed by the government of Aung San Suu Kyi has been to systematically and terribly clear whole areas, burning Rohingya homes and villages, forcing them to flee, and looting their property.

Reports from the ground have been telling of the accompanying atrocities committed by the military and its supporters: wholesale massacres, indiscriminate killings, rape, other sexual violence, torture, disappearances, and beatings.

The media now are beginning to report first-hand accounts of these atrocities; for example, the massacre of villagers in Tula Toli. We very sadly are sure that we will be hearing many more.

According to the United Nations, some 300,000 people are expected to end up fleeing into Bangladesh or to the border area, in a desperate attempt to find a safe refuge. They have left everything behind: they arrive at the border (many have already crossed into Bangladesh; many have died trying) with few possessions, very little if any food, and no place to go. Meanwhile the military are placing landmines at the border, a further act of gratuitous violence.

Support the struggle to build a Malaysia based on Justice, Freedom, Solidarity:
READ MORE:  Remembering the Rohingya genocide

The consequence of this massive forced displacement of people is also that there is already a major humanitarian crisis. Hundreds of thousands of women, children and men are without shelter, food, medicines or other basic provisions. They face a hugely uncertain and challenging future.

Further, the military government backed by Aung San Suu Kyi has been denying provisions to the Rohingya in Arakan state, including the 120,000-plus who have been in camps for Internally displaced persons since 2012.

This gathering is one of several similar events which are happening in Malaysia. There are many more in other parts of the region and the world. In addition to expressing our solidarity with the Rohingya – those still in Arakan, those fleeing or who have fled across the border to Bangladesh, and those scattered around the world, including here in Malaysia – we also join hands with those who are asking for an urgent response from our government, Asean and the international community.

This response must include the stopping of the genocide and the protection of innocent civilians, whoever they might be, as well as ensuring urgent humanitarian aid is provided and delivered to the many hundreds of thousands increasingly desperate in their need.