Aliran launched the digital archives of the complete set of Aliran Quarterly/Aliran Monthly publications from 1980 to 2014 at its 41st annual general meeting today.

The digital archives chronicles the critical issues affecting Malaysians during this period, presenting an alternative narrative to the country’s history.

It is an invaluable resource for students, journalists, researchers and concerned Malaysians interested in gaining new insights into these issues.

All these articles were voluntary contributions by countless members and supporters of Aliran, and the entire digital archives are available free of charge at https://aliran.com/digital-back-issues/

It is Aliran’s gift to all Malaysians to mark the 40th anniversary of its launch on 12 August 1977.

This tradition of voluntary writing on public interest issues continues online. Look us up at aliran.com

Apart from this, the last year saw the beginning of Aliran’s targeted work with youth materialise through various activities including film screenings and young writers workshops.

For the year ahead, members at the AGM agreed to continue with the youth outreach and build on Aliran’s online presence ahead of the upcoming general election. 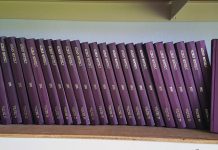 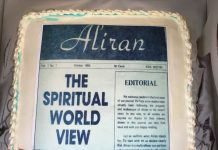 Thank you , you are doing a wounderful job to educate the public of their rights,continue with the job i do my bedt to support your good deeds in anyway i am able to di
Warm regards
Malaysian

Thanks for the encouraging words, Ravindrakumar.