The Penang government has since its formation in 2008 espoused the principles of Competency, Accountability and Transparency. This was commendable and has made Penang stand out among other states.

However implementing CAT principles is not an easy task. It involves hard questions being asked of the state government and the local council. It involves monitoring and evaluating such data. Hard facts on efficiency or the lack of it will emerge. It is when we know that we fall short of the mark that we can then take action and do something about it.

Honest exchange and open dialogue about performances will help move us forward. Alternative or different points of view are part and parcel of democracy and the process of consensus seeking and understanding. At best, it is for differing parties to come to an agreement and at worst, the parties can agree to disagree.

As such, Aliran was shocked by the recent vilification of MBPP councilior Dr Lim Mah Hui by the chief minister of Penang over disputed figures on tow truck efficiency. A much better way to have handled the entire episode should have been to seek clarification from Dr Lim over what he had said rather than going public in such a negative manner.

The episode has exposed an unhealthy approach in dealing with criticism of the state and/or state agencies especially in a state which espouses CAT principles. We urge the state government to continue to strive and stand by these most noble CAT principles in running the state of Penang. This means listening properly even though the message or the messenger may be hard to accept. 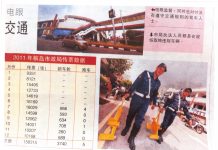 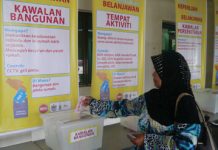 The people are the boss, but are they?

To be magnimous, the government should give the opportunity to Dr Lim to clarify/justify his comments and come up with a win-win situation …… is it that difficult ?