Aliran, Bersih 2.0 and Suaram are most disappointed with the latest turn of events involving Pakatan Rakyat and the strained relationship with Pas.

Many are disappointed that the journey to Putrajaya and real political change has been stalled.

We understand discussions are ongoing among the Pakatan parties and the ‘professionals’ faction of Pas who were defeated in their recent party elections. It is possible that a realignment of parties could take place in the peninsula and perhaps in Sarawak and Sabah.

While the behind-the-scenes discussions continue, Aliran, Bersih 2.0 and Suaram would like to remind the parties involved of their electoral pledge to the rakyat to bring about real change. Many disenchanted Malaysians had vested their hopes and aspirations and latched on to this pledge. The current state of affairs has led to disenchantment among many, and much work needs to be done to rebuild this trust.

If a new or revamped coalition is going to be formed, component parties must honour their pledge to bring about real, substantive political and socio-economic change. This must involve more than eradicating corruption, promoting political and civil rights, and removing repressive laws, important as these are.

We demand that the realigned forces come up with clear pro-people projects and policies on housing, public transport and health care and steer clear of the neoliberal mainstream model that puts profits above people and the environment.

People-centred development should be promoted instead of being obsessed with economic growth and FDI, which often does little to narrow income inequality or raise the presently low workers’ share of national income. More attention should given to empowering and improving the quality of life of ordinary people instead of focusing excessively on the big corporate players.

Indeed, the new coalition should be more discerning of the types of investments that are acceptable. Investments should be encouraged in key areas that can improve the quality of life of local communities e.g. building truly affordable homes; providing amenities to support sustainable transport infrastructure (e.g. more bus lanes); supporting the transition to renewable energy by providing incentives and subsidies; supporting small entrepreneurs and local businesses; upgrading skills training and creating more green spaces.

In the case of education, the quality of the Selangor state government-owned University of Selangor should be improved and held up as a model of what is possible should the coalition capture federal power.

These moves would help to create jobs in a more sustainable way. Cheaper homes would also lighten the debt burden of many households.

Even though public transport, government hospitals, government schools and other public universities fall under the jurisdiction of the federal government, that shouldn’t stop the realigned political parties in a new coalition from fleshing out people-centred alternative solutions and presenting them to the public for feedback.

They need to lay out clear strategies to show the public how and what they are going to do to bring about substantive change if they capture federal power, in the following key areas:

We reiterate our call to Pakatan component parties and other progressive forces to remain true to the people’s aspirations for real change. Pull yourselves together in one form or another and emerge as a vehicle of real change

Let not the situation deteriorate any further or the disappointment may well turn into disillusionment.

Now is the time to flesh out and put forward concrete alternative strategies and policies that will capture the imagination of the people. 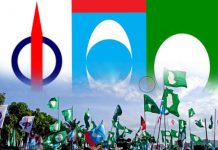 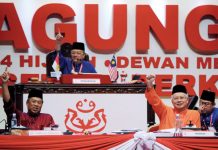 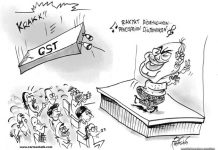