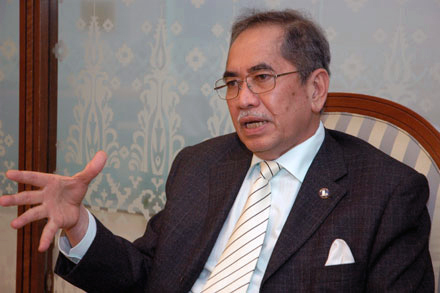 Aliran condemns Deputy Home Minister Wan Junaidi Tunku Jaafar’s abhorrent and racist comment that the high incidence of reported child rape among Malays is because the community, compared to the non-Malays, is more sensitive towards such sexual crime.

If the community is sensitive towards child rape, how does one explain the astronomical rise in child rape? Shouldn’t sensitivity be a deterrent factor in preventing child rape?

In Parliament yesterday, Wan Junaidi revealed that last year, 80 per cent or 1,147 of the 1,424 of statutory rape cases reported involved Malays.

In a social environment where racism often rears its ugly head, such an insensitive and ridiculous remark, especially coming from a member of the Cabinet, obviously doesn’t enlighten the general public in any way. If anything, it only reinforces the very thing that concerned Malaysians have been attempting to arrest and eventually quash: institutional and personal racism. If we have a cabinet minister who only sees and interprets issues from an ethnic perspective, then there is no hope of getting rid of this revolting practice.

Instead of resorting to such an unintelligent approach to this worrying phenomenon, the government would do Malaysians a great favour by consciously examining the underlying causes of child rape while at the same time instituting short-term measures to combat this social scourge.

For if ordinary Malaysians were to pander to this type of racist thinking, many of them might also be inclined to erroneously believe that it is the DNA of the Malay community that shapes them to be incorrigibly lascivious.