Aliran condemns the relentless and indiscriminate Israeli bombing on Gaza that has resulted in the deaths of more than 200 Palestinians, including women and children.

The atrocities are likely to escalate with the collapse of the ceasefire proposal brokered by the Egyptian government and the killing of an Israeli citizen due to the firing of Hamas’ rockets into Israel.

The latest death toll – over 200 Palestinian dead and one Israeli – reveals that this is not a symmetrical conflict between two sides of equal military might. The bloody conflict pits the poorly armed Hamas against the formidable military might of US-backed Israel. Neither is this blood-letting a one-off occurrence: almost 4,000 Palestinians have been killed and 20,000 wounded by Israeli forces since 2000 (The Independent, 13 July 2014).

Indeed, the atrocious bombing and destruction of homes, hospitals and other vital infrastructure in Palestine has caused considerable suffering. What is particularly heinous was the reported Israeli bomb strike on a rehabilitation centre for the disabled in Gaza on 12 July, which resulted in the deaths of three patients and a nurse.

Ordinary Palestinians, whose dignity and rights as human beings have for decades been viciously trampled on, clearly do not deserve the ‘collective punishment’ that is being meted out by occupying Israeli forces on Palestinian soil following the murder of three Israeli youths.

Such unrestrained acts of killing Palestinians will only further ignite anger, hatred, animosity, suspicion and vengeance amongst many in the larger community that reside next door to the state of Israel. This obviously will not contribute to a conducive atmosphere for peaceful coexistence.

READ MORE:  Plight Of The Palestinians

While we abhor violence perpetrated by both sides of the conflict, it is also vital that the underlying causes of the Palestinian resistance against the occupying forces of Israel be tackled seriously by the various stakeholders in this bloody conflict.

The United Nations has a primary responsibility to lead efforts to end the occupation of Palestinian territory – which has been a primary source of grievance for many in the Muslim and Arab world.

We also call upon the international community – especially the United States, the European Union, the major players in West Asia and others – to steadfastly uphold the principles of human rights, democracy, freedom and justice to help resolve this major conflict.

The Palestinians deserve a better life than one unjustly disrupted and marred and scarred by military checkpoints, aerial raids, vicious bombardment, political harassment, food and water shortages, crippling levels of unemployment – all of which have trampled on their freedom and dignity. 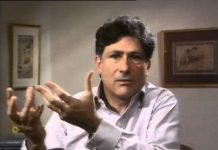 If there is one party that should be happy of what the Israel is doing should be the Umno schmucks. Instead they are out on their high horses about the Israel killing the Palestine. Back in Malaysia these hypocrites have outlawed and persecuted these Shites muslims. Aren’t these evidences that these Umno schmucks, like egregious Mahathir have during his tenure as PM treated these Shite muslims like criminals, have them not only outlawed in Malaysia and even have them persecuted. Yet to day he is seen to be condemning what Israel are doing to the Shite Muslims. … What a pack of hypocrites these Umno schmucks are ! The Hamas are all Shites muslims and they are supplied with rockets and other fire arms from the Shite muslims from Iran in their fight against Israel. These Shite muslims have openly voiced their wish to have the Israelis wiped out of this earth. These Umno (people) are all sunni muslims and are … hypocrites who have done more harms than good to the Shite muslims in Malaysia. Please treat the Shite muslims in Malaysia with due respect… Read more »