Private investigator P Balasubramaniam’s death is a national tragedy for truth and justice.

By his death, truth and justice are left hanging in a limbo – for he possessed explosive information and stunning evidence to establish who were responsible for Altantuya Shaariibuu’s death.

Bravely and valiantly, he had provided a sworn Statutory Declaration dated 1 July 2008 detailing very meticulously in chronological order all that had taken place resulting in the murder of Altantuya.

All those implicated and directly accused of involvement in this foul deed that shattered the Mongolian beauty into smithereens have failed to refute his allegations; they dared not even sue him.

Thinking Malaysians are left wondering if there was no shred of dignity in those implicated to defend themselves in a court of law. They have done nothing to establish their innocence or dispel justified suspicions cast upon their character.

Bala showed gritty determination and tremendous courage in standing up to the state and pointing accusing fingers at the Prime Minister and his wife.

Will all these issues remain buried with Bala’s death? Will there be no answers to these issues? You can bet there will be no further investigation into the death of Altantuya under the Barisan Nasional.

On the other hand if the Pakatan takes over Putrajaya, hopefully there will be a Commission of Inquiry. And Altantuya’s spirit can be laid to rest.

In the meantime, there will be joy and jubilation in certain quarters. They will be able to heave a sigh of relief and breathe easily now that the threat is finally gone!

Aliran would like to extend our heart-felt condolences to Bala’s family. 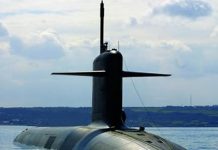 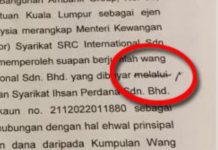 Bala may be gone but Najib and Rosmah remember for every action there will always be an opposite reaction ! There are many things in Malaysia you can delay or postpone, just like the GE, one thing you can’t, Karma !

Perhaps God took away his life becos he was causing too much unrest & troubles with all his slander… When no one could stop this dead dude from talking so much … from 1 country to another country & back to the country harping on the same old tune of lies, then, perhaps god gotta make the move. 1 strike by mighty god & BOOOOM!!! this guy is dead & speechless. Now, we all can have some PEACE & TRANQUILITY.

A murderer (s) and his accomplice(s) may be lulled into believing they are safe from the long arms of the law as long as he or she are aligned to the ruling Government or whoever the (powers-that-be) consent to sweep under the rocks! But that will not be forever because the punishment from the Almighty is certain, Death!