The government is morally obliged to explain the rationale behind the award of the controversial RM7.1bn billion West Coast Expressway deal to a subsidiary of Kumpulan Europlus Bhd.

WCE Sdn Bhd was awarded the concession to build and operate the 316km Banting-Taiping highway for an astounding 60 years.

The government must reveal the full details and explain the rationale for what appears to be a lopsided deal. The details revealed so far indicate that a heavy financial burden will be placed on the government and taxpayers while the concessionaire amasses profits relentlessly with little effort on its part.

The concessionaire has reportedly been showered with generous financing and terms:

Without doubt this project smacks of cronyism that definitely does not benefit the rakyat. The rakyat (via the government) are expected to bear the heavy burden of the financing cost, which could run into billions of ringgit. They will have to pay toll for 60 years.

This doesn’t seem to be a strictly business deal with the usual risks and opportunities. The government has gone out of its way to ensure the firm will not suffer any loss or face any difficulties in raising loans. Everything is facilitated so that profits will continue to be reaped for a very long period.

What is equally disturbing is the firm reportedly has no experience in highway construction, which gives rise to concerns about highway safety and financial prudence. Was there an open tender? Why was this company chosen for this project? Who are the key players behind the concessionaire and what is their connection with the leaders of the nation?

Sweetheart deals such as this remind us repeatedly that privatisation – especially those with closed or negotiated tenders and lucrative terms – of any national project invariably leads to the bleeding of national coffers.

Given this stark reality, Aliran calls on the government to be transparent and to review this highly questionable deal. The government cannot continue to play a reverse Robin Hood role, i.e. robbing the poor to help the rich! That is certainly not the role of a government that pretends to be deeply concerned about the plight of the poor and powerless.

Protect the people and economy first – but check the deficit closely! 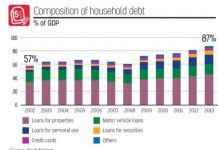 Seven reasons why we should ditch Fitch