It is commendable that the federal government is making an effort to provide opportunities for some 20000 people currently renting houses from Kuala Lumpur City Hall to apply for loans that will enable them to get low-cost housing.

To be sure, housing needs are most acute among the urban poor and working class as the prices of most of the houses built by private developers are beyond their reach. Private developers often prioritise the construction of high-end houses that reap handsome returns.

But herein lies the rub: some RM1.5bn from the Employment Provident Fund, the authority that manages workers’ retirement savings, will be used to fund housing loans for those who have not qualified for bank financing. The background of these loan applicants and the increased possibility of loan defaults make this special loan scheme risky — especially for the EPF and, most importantly, for those workers whose hard-earned money is kept in the EPF.

Besides, the way this loan scheme is being hatched by the government suggests an ad hoc approach to housing, a basic need of the citizenry. Its timing leaves many wondering whether it is yet another one of the many goodies thrown at the rakyat as a way of buying votes for the coming general election.

Problems of housing must be approached holistically. For one, we should factor in the rising costs of living that excludes or marginalises many of the poor from the housing market. Prices of essential goods must be subsidised and controlled to enable low-income wage earners to repay their housing loans.

As a way of encouraging the construction of ‘affordable houses’ for the ordinary rakyat, the government should involve itself in the construction and provision of low-cost housing — in the way Penang Development Corporation used to do — so that prices are well within the reach of those looking for houses.

The state can also consider getting into joint ventures with private developers to build these ‘affordable houses’. But these housing projects must be awarded on an open-tender basis to avoid incidents of less reputable developers running away in the event they are unable to fulfil their obligations, leaving house-buyers high and dry.

The government must make housing for the poor and other low-income earners a priority over wasteful and expensive projects such as the purchase of submarines or the hiring of PR consultants such as Apco for political campaigns. The government must also seriously arrest the worrying trend of corruption that has left our national coffers bleeding.

Malaysian workers rightly expect their EPF savings to be used prudently so that they will be financially secure in their golden years. Their money should never be touched for such purposes as this risky special loan scheme. They deserve no less. 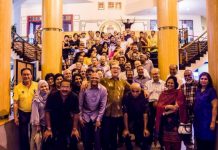 Retirement – a transition into a different chapter of life

Where else can you expect the deceitful and corrupted Umno … to get money from ? From Indonesia ?
What is money from your kin and also they can tell you what to do when the black gold runs out ? What a … shamble !