The six Parti Sosialis Malaysia members who were freed on 29 July after 33 days of solitary confinement are to be charged tomorrow at the Butterworth court. This comes as a complete surprise to many Malaysians.

Considering the fact that all these six citizens were accused of very serious offences in the first instance and subsequently cleared, this news that they will be charged tomorrow is disturbing to Malaysians.

The police initially accused them of treason, which if proven would make them traitors to the country. This is a terrible accusation. One would think that without solid proof this accusation would not be levelled against them.

One accusation after another was resorted to in the vain attempt to incriminate the six. Some would even say that lie after lie were concocted to fix them. Unfortunately for the police, nothing worked for them.

Because the police were unable to produce an iota of evidence, they were compelled to release the six unconditionally.

As far as thinking Malaysians are concerned, that was the end of the story. The six were free to go without being further harassed. The state had nothing against them. The state had no hold over them.

This is why it is difficult to understand why the police would now want to charge them. Is this the vengeance of the state for failing to incriminate them? 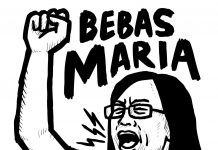 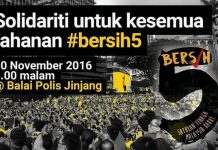