The opposition Workers’ Party made history winning a Group Representation Constituency and a Single Member Constituency. The people of Singapore too made history, making this change possible, reports Think Centre.

The opposition Workers’ party made history winning a GRC and an SMC. The Workers’ Party won the Aljunied GRC (Vote 54.71 per cent) and Hougang SMC (Vote 64.81 per cent). The opposition parties contested 82 of the 87 parliamentary seats and won a total of six seats. The PAP won 81 seats.

The people of Singapore have made history, making this change possible. We are celebrating our freedom of choice.

The PAP returned to government. But the public concerns are not fully addressed as there are no clear signals the policies will be changed. Many are led to think from experience that this is just another feedback exercise with no effective changes as the PAP is known often to ignore the opinion of the people.

TC calls on the ruling PAP to respect the wisdom of the people. The people have voted for the party of their choice.

The 7 May General Election gave the Peoples Action Party (PAP) another five years to rule with a lower percentage of vote (60.14 per cent) while the opposition have won more seats to the Parliament.

TC congratulates the opposition for delivering more real representatives who will be the “social conscience” and voices of the people to ensure more caring and humane treatment, and remedy the suffering of the poor and disadvantaged people.

The opposition parties ride the waves of people, especially, young people, who are frustrated with one-party dominated rule. The Peoples’ Action Party (PAP) showed little compassion and had refused to treat the people humanely. People reject the PAP’s trademark heartless and arrogant behaviour. The people are suffering from high cost of living, increase in the cost of housing and transportation, and widening income inequalities.

The election delivered mandates for the opposition to check and balance the PAP and to respect the rights and needs of the people. Today, amid the familiarity of greed and regressive policies of the ruling elites, the people are prepared to elect those who have the courage and interest of the people at heart.

The PAP will no longer have a monopoly of power. The peoples’ hope for democracy with multi-party representatives in parliament ensures a more colourful and brighter future. A future that is fairer, being able to live within a compassionate society with a happier and dignified life. They want the representatives to check and balance to ensure greater accountability of the ruling party.

TC encourages the opposition to continue to engage the people of Singapore and the budding civil society groups to forge forward, seeking to open up more spaces for alternative voices. The political landscape is changing with the increase in the numbers of opposition seats in parliament. This election strengthens the foundation for the future with greater check and balance ensuring the accountability of the government. 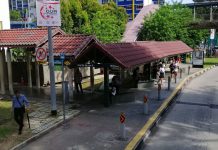