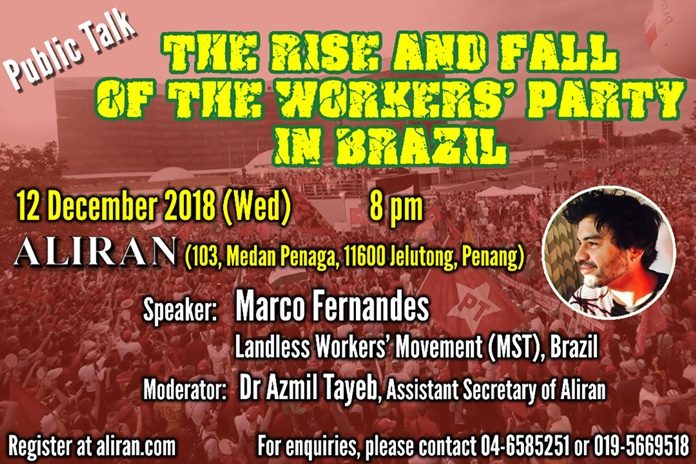 Register here or fill up the form at the bottom.

Background to the talk

The Workers’ Party (Partido dos Trabalhadores, PT) in Brazil, one of the largest working class parties in Latin America, emerged from the people’s struggle against Brazil’s military dictatorship.

It came into power during the political waves of “Pink Tide”, which swept across the continent at the turn of 21st Century, when its leader Lula da Silva was elected as the country’s President in 2002.

During the period of the Worker’s Party administration, Brazil achieved some significant and broad social gains for the Brazilian masses, in terms of land reform and eradication of poverty.

Yet, the party met its downfall after 13 years in power, when Dilma Rousseff was removed as the President by the Senate in 2016. At the same time, Brazil also witnessed the rise of conservative right-wing forces like other countries in Latin America, which culminated with the recent election of Bolsonaro, who admires the US-supported Brazilian military dictatorship (1964-1985), as President.

What went wrong? Why was a working class party born out of the mass social movement and which did deliver significant benefits to the poorer half of Brazilian society unable to sustain its power? How did it end up defeated at the polls? What are the effects and consequences of the conservative wave which is now sweeping across Latin America? What are the lessons we can learn from the episode of the rise and fall of the Workers’ Party in Brazil? What is the way forward for the Left in this challenging situation?

Marco Fernandes is a psychoanalyst. He obtained his Masters in economic history and PhD in Social Psychology, both at Universidade de São Paulo, Brazil. Marco is a member of Landless Workers’ Movement, one of the largest social movement in Latin America which fights for the access to land for poor agricultural workers through land reform and struggles for social justice in Brazil.

Marcos is also a member of the international secretariat of the International People’s Assembly, a continuous process of international coordination between people’s organizations that has been in construction since the anti-neoliberal struggles of the 1990s that generated processes in Latin America like the World Social Forum and Social Movements of ALBA, and now goes much further than the American continent. 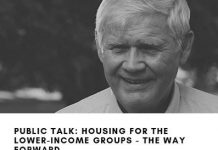 Umno and Pas: Once bitten, twice not shy