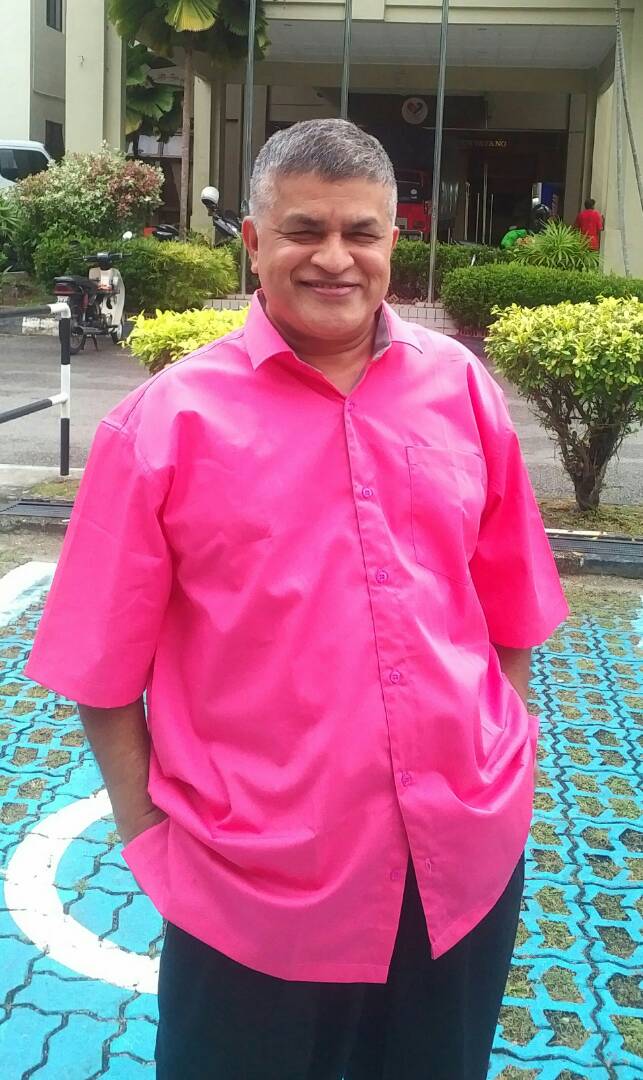 Zunar stole the limelight when he showed up in blazing pink for the Aliran forum on Defending Freedom of Expression at the Caring Society Complex in Penang last night. Anil Netto reports.

The internationally renowned political cartoonist said the pink was a “protest” message after he had been forced to call off his Ketawa Pink Pink (Laugh Till You Are Pink) exhibition earlier yesterday following thinly veiled intimidation from Umno Youth.

Zunar was among four panel speakers at the timely forum organised by Aliran – which took on a more urgent twist following the cancellation of his exhibition.

Still, the indomitable cartoonist, winner of the 2016 Cartooning for Peace Award, tickled the audience with a powerpoint presentation of the cartoons that would have been displayed at the aborted exhibition.

The other speakers were Aliran’s Dr Mustafa K Anuar, who spoke about recent constraints on the media…

lawyer Simon Murali, who explained the legal framework governing freedom of expression in the country…

Steven traced the journey and challenges faced by Malaysiakini since 1999, including the time when its computers were carted off by police, as depicted in a Zunar cartoon below.

Security at the forum was provided by a Unit Arif team, who were clad in their trademark bright orange vests.

The team was roundly applauded by Zunar and the appreciative audience.

He should have borrowed a pair of pink trousers. That would be even more funny. Anyway,two thumbs up for Zunar,the brilliant cartoonist with fantastic talent/flair/courage. I laughed so much at his daring drawings. Syabas!!!