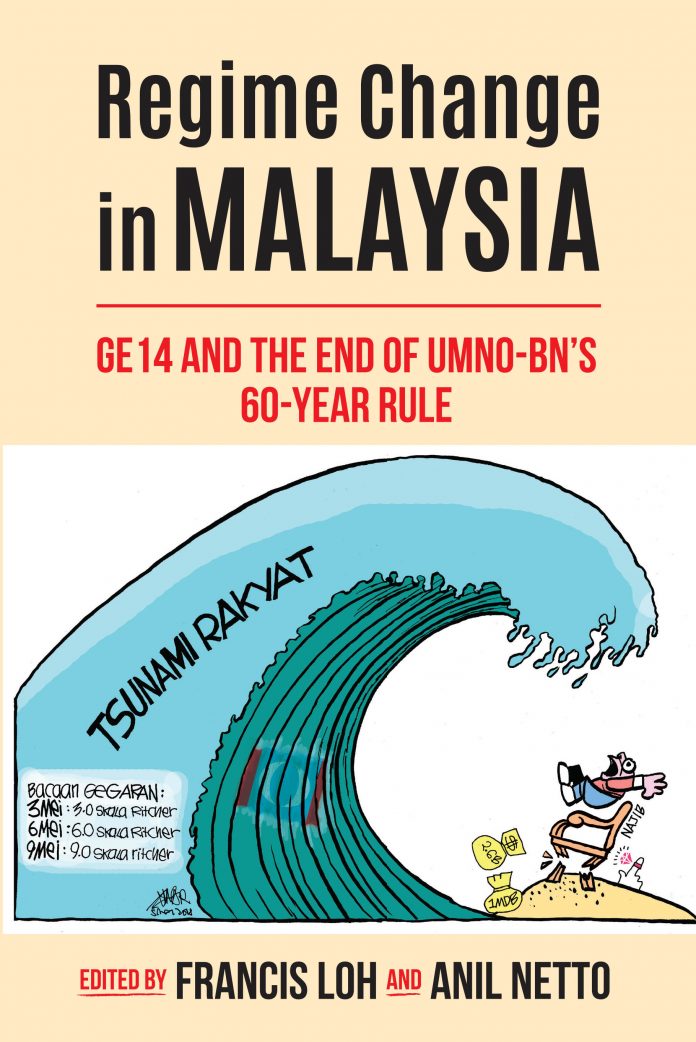 The book is available at the Gerakbudaya store in Petaling Jaya and other leading bookshops (Normal price RM45).

You may also order the book online from Gerakbudaya.

Developments over the past 100 days of Pakatan Harapan rule have given us some hope that we are on the march towards not just a more developed Malaysia, but one that upholds freedom, justice and solidarity.

In this regard, Aliran has just published a comprehensive and important book entitled Regime Change in Malaysia: 60 Years of UMNO-BN Rule End, edited by Francis Loh and Anil Netto (Petaling Jaya: SIRD and Aliran, 2018).

With some 40 chapters from 30-odd writers, the book looks at some of the general election issues, actors and the campaign itself. It also analyses the results and some of the challenges in store for the future.

Here is the Table of Contents:

INTRODUCTION: Regime change and all that Francis Loh

PART V: TOWARDS A NEW MALAYSIA

Aliran launched the Regime Change book in Penang on Friday, 19 October 2018. In conjunction with the launch, we had a discussion with the theme Post-GE14: The Way Forward.

In this post-general election era after Regime Change, what does the future portend? Come and listen to some of the contributors to the book and share your views.

Each of the speakers had five minutes and there was an open discussion for the second hour.

The book was officially launched in the Klang Valley at the Gerakbudaya bookshop in Petaling Jaya on 22 September 2018.

At the book launch in PJ, a line-up of ‘young’ scholar-activists shared with us their views on the general election result and the implications of regime change for the future.

They were joined by veteran academics and writers:

About 20 contributors were present for the soft launch in Penang held in conjunction with Aliran’s 41st anniversary on 8 September (photo below).