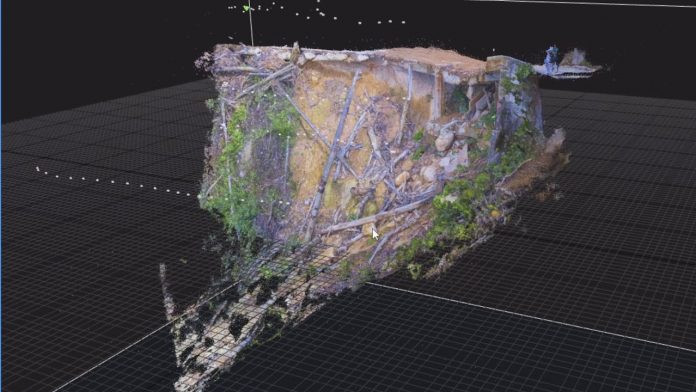 As Penang reels from its latest landslide disaster in Bukit Kukus, Penang Forum strongly objects to this plan to build large hotels behind the Convalescent Bungalow (about 200 rooms) and at Coolie Lines (about 100 rooms).

We call on the Penang state government to review and cancel this mega development on Penang Hill for the following reasons:

It will spoil the charm and ambience of Penang Hill

To many people from both far and near, the hill is a recreational space, a place to get away from the hustle and bustle of the city and enjoy the cool climate, greenery of the forest, fresh air and the beauty of colonial bungalows. The memories and heritage of Penang Hill are precious not only to the people of Penang but also to all Malaysians and visitors.

Building these hotels would mar the historical and cultural landscape and turn Penang Hill into a warmer, overdeveloped and overcrowded resort.

Both hotels would have about 300 rooms in total, which would mean when fully occupied, up to 500-600 overnight guests on Penang Hill, not including the staff. This population would strain the hill’s limited resources, supplies and utilities (water supply, electrical supply and sewage).

According to the Penang Hill special area plan (p29, Chapter 2-13), Penang Hill had a population of 949 people in 2010, but with these extra hotels, it would mean an extra 500-600 overnight guests or about 60% more (temporary) residents, immensely straining the hill’s resources.

Concerns over soil erosion and possibility of landslides

It worries us that this announcement of the Penang Hill hotel project comes less than a month after the deadly Bukit Kukus landslide. In the space of one year, between October 2017 and October 2018, 20 lives have been lost as a result of preventable landslides. It is worth reminding ourselves that Penang Hill suffered more than a hundred landslides during the November 2017 storm.

As Penang hill is environmentally sensitive, we are extremely worried that similar tragic incidents could happen during the construction of the proposed hotels, especially since the chief minister, in his statement on 8 November, admitted that the second hotel “will be built on the slope”.

With climate change resulting in more erratic weather and the possibilities of events like the November 2017 storm, which resulted in unprecedented damage to the hill’s slopes and infrastructure, we are extremely worried that this hotel project would be susceptible to the impact of extreme weather, both during and after construction, and add to the risk faced by local residents who live near these two construction areas.

Endangers the flora and fauna of the hill

The chief minister himself said on 8 November that “part of the land is in the forest reserve” and “we wanted to resolve that matter”.

We are extremely concerned about what this “resolution” would mean, especially if it would result in the cutting of trees and the uprooting of flora and fauna, a good number of which are unique to Penang Hill.

This statement also calls into question the guidelines stated in the Penang Hill special area plan, which (in p93, Chapter 5-3) clearly defines the forest reserve in Penang Hill as “Environmentally Sensitive Area Rank 1”, with “excision of land from forest reserve NOT being supported”.

The chief minister’s statement is also worrying as it contradicts his own statement on World Environment Day on 5 June 2018, when he proudly proclaimed that Penang was the “only state in Malaysia where not a single square inch of forest reserve has been touched” and that “we will not dispute our commitment to protect and preserve our permanent forest reserves” [1].

The hotels also conflict with the application of the Unesco Man and Biosphere Reserve for Penang Hill as the planned hotels border the proposed reserve risking the long-term conservation and preservation of Penang Hill’s unique biodiversity.

Penang Hill and its forests are an important water catchment supplying a substantial amount of the island’s water needs. The proposed hotel, especially the one near the Convalescent Bungalow, will be on or borders part of slopes that are gazetted as a water catchment area.

Based on the Penang Hill special area plan, “only tourist accommodation such as exclusive accommodation designed to harmonise with the forest setting and of low impact development” (p94, Chapter 5-4) is permitted in a conservation and recreation zone within water catchment areas.

Thus, it is worrying that a hotel with about 200 rooms could be planned for such sensitive water catchment areas. We are extremely worried that any disruption, sedimentation or pollution of our water catchment areas from the construction of these hotels would jeopardise the water supply of a water-stressed state like Penang.

The Convalescent Bungalow is one of the earliest sites where a bungalow was built on Penang Hill, with the first structure being constructed in the early 1800s, while the present bungalow was built in 1890. Convalescent Bungalow is classified as a category two heritage building, and construction of a large hotel with about 200 rooms would possibly not be in harmony with the existing structure and would obstruct its views.

With these reasons, we appeal to the chief minister and the Penang state government to be fully transparent about the project’s details, in accordance with Penang’s principles of compentence, accountability and transparency, and engage in sincere dialogue with all Penangites about this huge development plan.

Penang Hill is not just a tourist site which generates millions of ringgit in revenue, but also Penang’s green lung, water catchment area and the place where many generations of Penangites have sought refuge from the hustle and bustle of the city.

It is worth remembering that 28 years ago, civil society and the general public initiated a successful campaign to Save Penang Hill, and it is no less capable of repeating it today.

The Save Penang Hill! No Large Hotels on Penang Hill! petition which was launched last Thursday, 15 November 2018 by Penang Hills Watch, an initiative of Penang Forum, has so far received more than 20,000 signatures in a less than a week, showing how strongly the general public opposes any form of wanton development on the hill.

Penang Forum is not against sustainable and low impact development of the hill’s infrastructure and fully supports the idea of refurbishing and repurposing some of the old government assets on Penang Hill for reuse as has been stated by Penang Hill Corporation on 16 November 2018.

We appeal to the chief minister to cancel this mega hotel project on the hill for the sake of Penang.

Let’s not sacrifice Penang Hill, our crowning jewel, at the altar of unethical, unsustainable development.