We, Gabungan Bertindak Malaysia and other civil society organisations, are aghast at the violence that broke out at the Sri Maha Mariamman Hindu Temple on Monday morning, 26 November 2018 and the vandalism that took place at the One City building on Tuesday morning, 27 November.

Such deplorable acts of violence that caused injury to innocent people including temple devotees, residents, police personnel and firefighters and damage to vehicles and property in both episodes must be vehemently condemned and can never be tolerated or excused.

In the face of this escalating tension and the risk to life and property, we, the undersigned civil society organisations, call on all peace-loving Malaysians of all walks of life to heed the following:

We implore the various groups involved in the dispute at the Sri Maha Mariamman Hindu Temple to stop taking the law into their own hands. As peace-loving Malaysians of every ethnic and religious background, we must always promote peace and stand up against any call to violence and aggression. There can be differences of opinion and even disputes – over land use and development in the case of the Seafield temple relocation – but such disputes and disagreements should never lead to acts of violence and aggression. All acts of violence by any party must be condemned in no uncertain terms.

We reach out with compassion to all who have suffered in one way or another as a result of the riots and thuggery. We feel the pain endured by the temple devotees, police personnel and firefighters who were brutally attacked; the pain endured by the temple community and the wider Hindu/Indian community who were traumatised by the desecration of the temple; the pain felt by the owners of the One City building, which was damaged and vandalised, and of the burnt vehicles in both episodes. We pray and hope for healing upon the victims’ wounds, both physical and psychological, and for the general welfare of those who were inadvertently involved and suffered as a result of this most regrettable incident. We call upon community and religious leaders to help in mediating a just and peaceful solution for all parties.

We urge that no one should further provoke or retaliate in this already tense situation as violence begets violence. We must prevent anger from further escalating, which may eventually set the whole country aflame on a path of hatred and revenge. All victims must let the due process of law run its course and the perpetrators be brought to justice. Let’s not forget the wisdom of Mahatma Gandhi, who said, “An eye for an eye only ends up making the whole world blind.”

We call on the authorities to uphold the rule of law and the due process of justice. We are gravely disappointed by the failure of the Subang Jaya police to act more quickly and decisively to stop the impending violence when they had the occasion to do so. We urge the deputy inspector general of police to directly lead a task force to monitor and control the situation to restore public confidence in the rule of law and ensure that all those who abetted, instigated and used violence and aggression are brought to justice. There must also be an independent and credible investigation of the Subang Jaya police’s mishandling of the situation on two consecutive nights, which underlines the need for the immediate establishment of an independent police complaints and misconduct commission, which the government promised on 27 September. Failure to uphold the rule of law and public accountability in this incident may leave behind a bleeding wound reminiscent of what happened in the treacherous aftermath of the Kampung Medan incident in March 2001.

We acknowledge that communal and religious relations have been deteriorating recently and call upon Malaysians of all religious and ethnic backgrounds to come together and stand in solidarity with one another other, not just to denounce violence but also to dispel the toxic perception and notion that some quarters are attempting to instil – that faith communities are attacking or threatening one another other.

Today, we must send the message clearly – that in the event one faith is attacked, all other faiths are attacked; and when one community suffers, all other communities suffer. As Malaysians, we share a common destiny irrespective of faiths and beliefs. Our respective faiths and cultures teach us to love and embrace one another as brothers and sisters notwithstanding our differences.

We need intelligent politicians, not arrogance 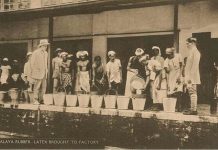 Just wondering … if a bunch of 50 Indian guys went into a 140-year-old Mosque high on some controlled substance …, and held the Mufti at knife point, what would the national response? This incident shows how easy it is to bully, intimidate, and vilify the Indian community in Malaysia. The lesson is not lost on those in power, regardless of political affiliation. The media response has been very disappointing and demoralizing. Maybe it is my “mental-set” but it seems like Malaysians of Indian origin, Orang Asli, Sarawak and Sabah natives, etc just the discarded outcasts of Malaysia. Feeling dejected and sad.

Get the people behine that instigated and started the problems

Developer punya pasal. They (allegedly) ask government or gangster do their dirty job. See how many natives land in sabah and sarawak taken via the same tactics.

This kind of mentality’, although is expected from me since GE14, but always hope people can be more matured and accepted the consequences of their own doing in losing the election.
Unfortunately, many leaders are more interested in saving their own skins, therefore using situations to create havoc for the new government. No. I should say … New Malaysia.
Even though I have left Malaysia since 1971, but Malaysia is always the home I now. And always tell friends what a wonderful, beautiful country it is.
Grow up those revengeful leaders. Malaysia is your country and home too. Why bend on destroying it? Haven’t we suffered enough under 60 years of mismanagement ? Regardless whatever race we were.