The Penang Medical Practitioners Society, the oldest medical organisation in Malaysia, will be holding a public forum on “Health Care Financing” on 15 June from 9.00am to 1.00pm at the Dewan Sri Pinang. Admission is free.

The world-wide increase in oil and commodity prices has led our government to review its practice of subsidising Malaysian consumers. Fuel subsidy is to be reduced, and Malaysians will have to increase expenditure, or learn to use less petrol. Health care is another area where the government has been bearing most of the financial cost of keeping Malaysians healthy. It is important that the government, public and NGOs carefully discuss and ponder over the options available before any major change to our health care financing system is made.

The abandonment of communism in China and Russia has led to increasing admiration for the American profit-orientated capitalist system. America’s business and insurance-based healthcare system, however, leaves much to be desired. Increasing numbers of Americans are uninsured and becoming bankrupt because of health care expenses. The San Francisco Gate carried a story of Janelle Scott, 21, who died after a year of chest pains, because doctors did not perform a chest X-ray as she was uninsured and could not afford to pay for expenses on her own. The Los Angeles Times reported that Canada’s health care expenditure is half that of America’s ($2163 vs $4887 in 2001), yet Canadians have better health outcomes (life expectancy 79.8 years vs 77.3 years). And it is not that American doctors are laughing their way to the banks. The New York Times reported that increasing numbers of American obstetricians are stopping their practice because of the high cost of malpractice insurance. It is vital that we do not copy a healthcare system that leaves patients poor and unhealthy, while keeping doctors away from their practice.

A major cause of increasing health care expenses is the love of new drugs and technology amongst doctors, and patients. In April 2007 the New England Journal of Medicine published a 5-year study on 2,287 patients with stable angina, showing that using only medicine is as good as angioplasty and stenting in reducing heart attack, stroke, death and hospitalisation. Yet patients, and doctors, always clamour for something to be done to “clear the block”.

When a new class of drugs to relieve pain became available, sales of these coxibs increased exponentially from the time of their approval in December 1998. In 2004, Merck announced the withdrawal of refecoxib (Vioxx) as it increases cardiovascular risk; this was followed by the withdrawal of valdecoxib (Bextra) by Pfizer on similar grounds. Lawsuits are still ongoing in America, with questions being raised about whether drug companies have been ethical in the promotion of their products.

The recent call by Health Minister Datuk Liow Tiong Lai for patients with chronic diseases such as hypertension and diabetes to be seen in outpatient clinics away from the major hospitals is in fact a good idea, although it has not generated widespread enthusiastic support. Modern hospitals, with advanced equipment, operation theatres and sick inpatients, are actually not suitable places to attend to the stable chronically sick, who need to be attentively told how to change their lifestyle and correctly take multiple tablets. Polyclinics used to be a vital part of our health care set-up, but they have somehow lost their glamour in our modern society. In fact, the Singapore government and private health care-enterprises such as Parkway Holdings are increasingly looking to set up outpatient centres as these are able to effectively cater for patient needs at much lower maintenance costs. By correctly channelling resources, the health ministry will be able to keep costs down while caring for more Malaysians.

Modern medicine is increasingly complex, with a multitude of tests, procedures and drugs. Before any test or procedure is done, before any drug is taken, patients must ask how they will benefit from it, and enquire about the risks involved. It is incorrect to assume that the latest medicine, or the most expensive procedure, will bring the most benefit. The correct allocation of our resources has meant that the health care system in Malaysia, although having problems, is still in a very good state. In Penang in 2002, the infant mortality rate is 6.5 per 1000, better than in Washington DC where it was 11.5 per 1000; the rate for Caucasian Americans was 5.8 per 1000 reflecting the wide divide between the rich and poor in America. As our government considers options for health care financing, we must ensure that healthcare remains available to all regardless of income levels and insurance status, that hospitals are well equipped and competently staff, and that those needing long term follow-up are seen in well managed polyclinics staffed by motivated personnel.

The PENANG MEDICAL PRACTITONERS SOCIETY, the oldest medical organization in Malaysia, will be holding a PUBLIC FORUM on HEALTH CARE FINANCING on 15 JUNE 15 from 9.00am to 1.00pm at the DEWAN SRI PINANG. Admission is free.

Speakers:
two doctors from the health ministry,
the MP of Sungai Siput
a representative of Aliran
a Past-President of the Malaysian Medical Association. 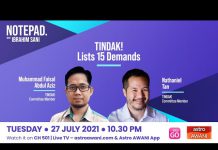 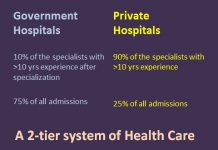 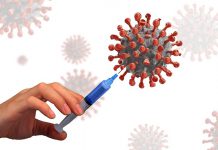