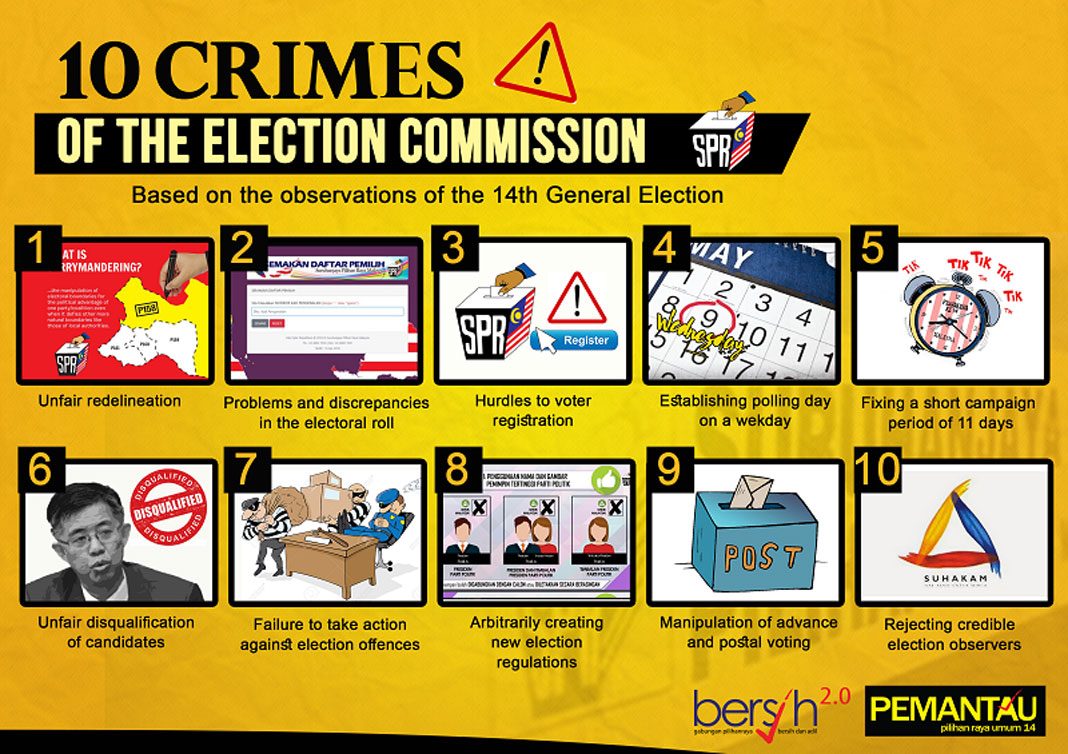 The Coalition for Clean and Fair Elections (Bersih 2.0) believes that former electoral commissioners who ran the 2018 general election must be made answerable for the serious charges levelled against them.

They should not be allowed to escape judicial scrutiny easily and conveniently for their conduct during the election by their resignations. This will send a completely wrong message to other public officials.

If they are confident that they have done nothing wrong, why would the commissioners resign once the news of the establishment of the tribunal was reported in the press? Isn’t this an attempt to thwart the proceedings of the tribunal?

It would be unjust and there would be impunity if these former commissioners are allowed to roam free, including continue to enjoy pensions, benefits and welfare as former public officials, while serious allegations against them remain uncleared.

Bersih 2.0 would like to draw public attention to the clear mandate of the tribunal.

Firstly, the setting up of the tribunal is a truth-seeking process to carry out investigations into the past abuse by these commissioners and eventually form the basis of possible action to be taken against them.

Secondly, the tribunal is mandated to recommend to the Yang di-Pertuan Agong the appropriate action to be taken against these commissioners, if they are found guilty of misconduct before and during the last general election.

It is worth noting that the appropriate actions that the tribunal may take include but is not limited to the removal of the commissioners from office. The tribunal may still put forward other recommendations in order to hold them accountable. They should not be allowed to escape justice through their resignations. If they are found guilty, their pensions should be forfeited, at the very least.

There is an urgent need to restore public confidence in the Electoral Commission’s independence and impartiality, and the tribunal is the best way to do it. It will send a stern warning to all public officials to carry out their duties responsibly, which is crucial for the rule of law and democracy of our beloved country.