The Coalition for Clean and Fair Elections (Bersih 2.0) welcomes the various efforts of the Pakatan Harapan government to address corruption and root out abuse and misuse of power for personal gain through the founding of the National Centre for Governance, Integrity and Anti-Corruption (GIACC), asset declarations by ministers and top government officials, and the drafting of a bill on political financing.

To this end, Bersih 2.0 calls on the cabinet select committee on anti-corruption and the GIACC to consult various stakeholders on the review, amendments and drafting of legislation as well as effective enforcement to ensure comprehensive solutions that will promote accountability, transparency and responsible spending of government funds.

Bersih 2.0 has consistently demanded reform in political financing since the Bersih 5 rally in 2016 to end money politics in the country.

It is high time the country put in place a bill on political financing to introduce transparency in political financing and establish rules on access to political funding, limits on contributions, expenditure, disclosure and reporting, and strengthening the monitoring and enforcement capabilities of the Electoral Commission.

The bill should act as a measure against the appropriation and misuse of funds belonging to the government by political parties, as in the 1MDB scandal, where public funds were allegedly siphoned by Umno for electioneering during the 2013 general election.

In particular, the political funding bill should ban secret and foreign funding, party ownership of businesses, and donations by government-linked companies to political parties. It should limit contributions to prevent political parties’ over-reliance on wealthy and corporate interest groups that donate with expectations of political influence in government policies and development projects in return.

Bersih 2.0 also recommends that the asset declarations of ministers, deputy ministers, political secretaries and top government officials should be made public instead of only to the GIACC. Such public disclosures would enable members of the public members to help the new government to monitor and fight corruption and money politics.

Bersih 2.0 recognises the importance of coordinating the efforts of different government agencies in fighting corruption and the initiatives to bring the Good Governance Department, the Malaysian Institute of Integrity, the Public Complaints Bureau and the Enforcement Agency Integrity Commission under the umbrella of the GIACC.

We suggest the GIACC works closely with the Enforcement Agency Integrity Commission, similarty with the Malaysian Anti Corruption Commission (MACC), instead of placing it under GIACC.

This would allow the Enforcement Agency Integrity Commission to operate independently given the nature of its mandate, which is to independently monitor and investigate matters pertaining to the integrity of government enforcement agencies and report to Parliament.

As we come together to celebrate and turn over a new page in history, Bersih 2.0 hopes that these reforms also make space to allow for the political participation of ordinary citizens in fighting corruption and monitoring political spending. 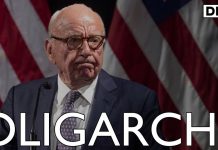 Rein in the oligarchs and restore democracy