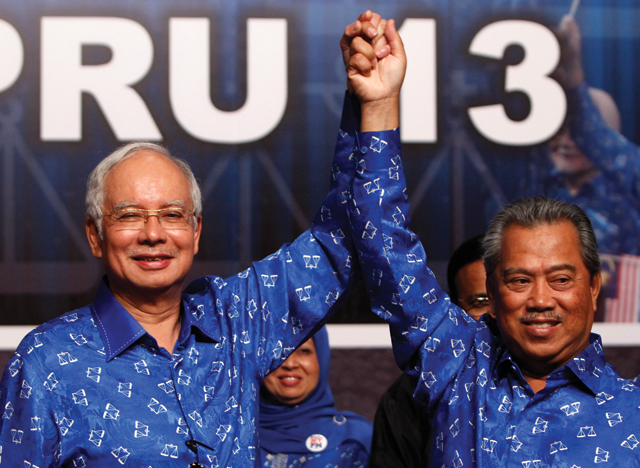 The Election Commission should immediately initiate a public investigation into the alleged misuse of 1MDB funds during the 13th general elections, says Bersih 2.0.

On Saturday, 20 June, the Coalitions for Clean and Fair Elections (Bersih 2.0) expressed major concerns regarding the Wall Street Journal (WSJ) report on the misuse of 1Malaysia Development Berhad (1MDB) funds during the 13th General Elections.

In response to that the Elections Comission (EC) through its chairperson, Tan Sri Abdul Aziz Mohd Yusof, advised us to gather evidence of the allegations put forth by the WSJ report and lodge a report with the relevant authorities for further investigations.

He further questioned the reason behind our questioning of election irregularities even three years after GE13.

As the Election Commission chairperson, Aziz should be concerned with the allegations made by the WSJ report, and he should himself initiate an investigation into it.

He should not, as he is apparently doing now, speak in a partisan manner, blinding himself from what is obvious. It is no wonder that the majority of Malaysians have no confidence in the Commission as put forth in a survey by Merdeka Centre.

The issue at hand, as evidenced in the WSJ report, is unfettered political financing, made worse by the fact that the money had come from 1MDB, a debt-ridden company, wholly owned by the Ministry of Finance, of which the Prime Minister Datuk Seri Najib Razak chairs the Board of Advisors.

It is every citizen’s right to question any electoral irregularities. The election petitions questioned such irregularities but were summarily dismissed on account of technicalities and not on merit or facts submitted to the courts.

Bersih will continue to question and pressure for reform in the electoral system and processes.

The Election Commission, the MACC and related institutions are duty-bound to act independently and initiate a public investigation into the allegations made by a highly reputable publication, the Wall Street Journal.

Aziz dares challenge us to compile evidence (which we have done) and report it to the relevant authorities (which we also did) because he knows that nothing will come of it.

We therefore again call on the Prime Minister to refute these allegations and take legal action in his capacity as the chair of 1MDB’s Board of Advisors especially as he holds all the knowledge behind 1MDB transactions, if he so believes the WSJ report is untrue.

Otherwise, he must resign.