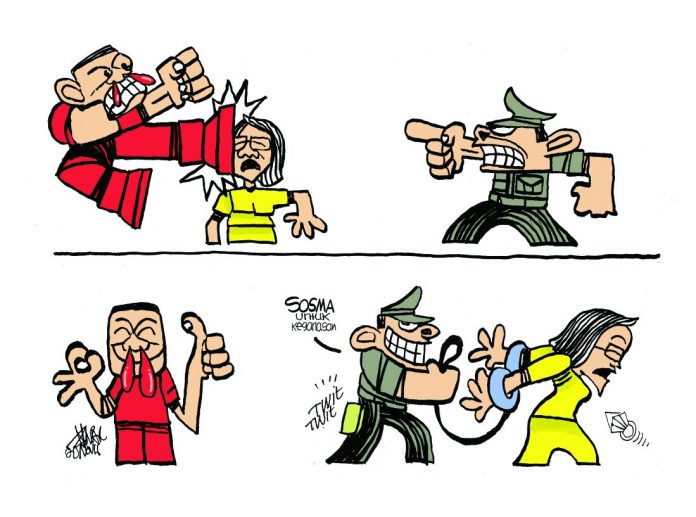 The inspector general of police yesterday claimed that there is enough evidence to arrest Maria under Sosma and that her arrest is not related to the Bersih 5 rally. Bersih 2.0 responds.

After almost six days since Maria’s arrest on 18 November 2016, this the first time we have heard that the arrest has nothing to do with the Bersih 5 rally. This is a complete about-turn by the authorities. Until now, the authorities and various government leaders have given the impression that Maria had threatened national security by organising the Bersih 5 peaceful rally.

The inspector general’s claim that there were so-called documents discovered during the raid is outrageous and has no basis whatsoever.

Bersih 2.0 is fully aware of what documents were taken from the office. It is absurd to suggest that documents belonging to us can be linked to a threat to security. Bersih 2.0 was given a copy of the “senarai pemeriksaan”, which lists the items seized, which clearly shows that there was no such evidence.

Bersih 2.0 is an organisation dedicated to electoral reforms and good governance; these allegations now repeated by the inspector general are baseless slander upon Bersih and the millions of Malaysians who support it.

Since the inspector general claims that there is such evidence, we hereby challenge him to produce the so-called evidence. Let the public evaluate the evidence for themselves. Does he dare?