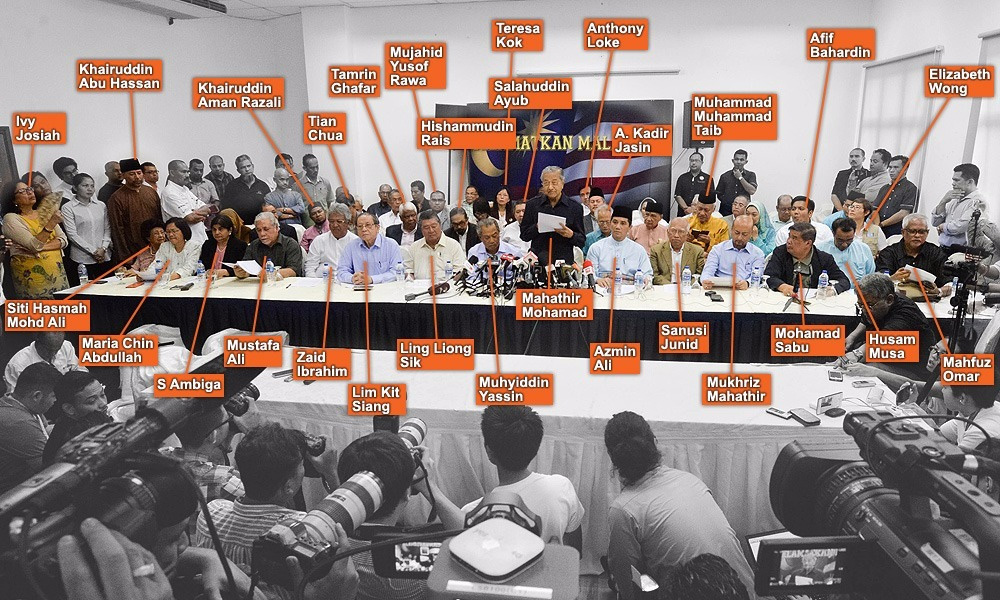 While Bersih 2.0 as an organisation did not and could not sign the Citizens’ Declaration, the group found that the two main demands of the document were consistent with the Bersih 4 rally demands.

Since the signing of the Citizen’s Declaration on 4 March 2016 by a group of citizens from political parties and civil society organisations, it has drawn mixed reactions from all segments of society.

The Citizen’s Declaration was initiated by former prime minister Dr Mahathir Mohamad and signed by over 50 others, comprising mainly politicians from the opposition and Barisan Nasional as well as several prominent leaders of civil society, including our chairperson, Maria Chin Abdullah.

Bersih 2.0 wishes to state the following:

1. The Citizen’s Declaration was signed by Maria in her personal capacity as a prominent civil rights activist of many years standing.

2. Maria did not sign it on behalf of Bersih 2.0 as she was neither mandated by the steering committee nor by Bersih’s endorsing NGOs.

3. However, recognising that her decision to sign can impact the public’s perception of Bersih’s role, she first consulted the members of the steering committee and then the endorsing NGOs.

4. The Bersih 2.0 steering committee members gave our support to her with conditions that it must not be just about removing Prime Minister Najib Razak but there must be free and fair elections as well as institutional reforms.

5. The initial meeting with endorsing NGOs on the eve of the signing also noted the same level of conditional support.

6. It should also be noted that several NGOs did not agree with Maria signing a declaration that was initiated by Mahathir. However, the majority of the NGOs at the endorsing NGOs’ meeting were supportive of Maria signing as an individual.

7. Just as we respect people’s right to dissent, we also respect the decision of Maria and the others who chose to sign the Citizens’ Declaration.

8. While Bersih 2.0 as an organisation did not, could not and would not sign the Citizens’ Declaration, we do find that the two main demands of the 37-point document consistent with the demands we made during our Bersih 4 rally.

9. They are that Prime Minister Najib Razak must resign and that institutional reforms must be made to ensure that the country will never have to go through another scandal like 1MDB.