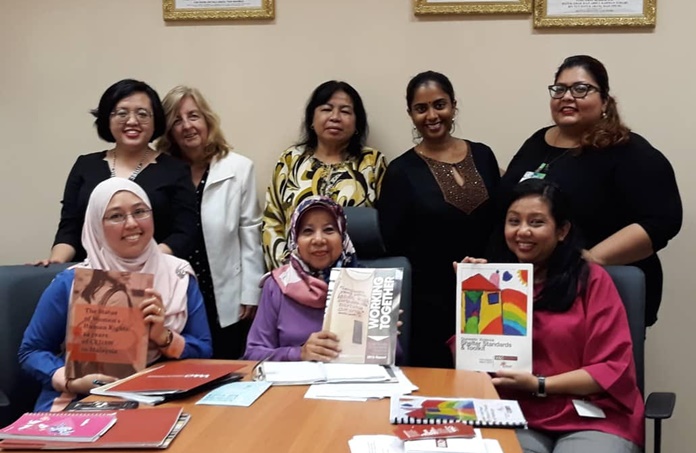 Women’s Aid Organisation (WAO) has welcomed the stand taken by Fatimah Abdullah, the Sarawak minister responsible for welfare, community wellbeing, women, family and childhood development, on the need for a multi-stakeholder, integrated approach towards building safe communities in Sarawak.

On 27 March, the minister, representing the Sarawak government, chaired early discussions with WAO on a Safe Communities Project. The focus of the discourse was on how the project could be applied holistically in community engagement and the prevention of domestic violence, matched to the lived experiences of crime survivors in Sarawak.

The proposed project aims to help communities delve into the key features and root causes of domestic violence and how crucial it is for community members to take responsibility for rejecting violence instead of being mere bystanders or turning away from the suffering that occurs in their neighbourhood.

Based on the discussions, this project aims to partner with all levels of communities in Sarawak to equip them in preventing and responding to domestic violence and in knowing how and where to refer survivors, family, friends and abusers for urgent action and support systems. The project also aims to support community safe spaces and shelters.

The first two action points tentatively agreed on are for an integrated multi-stakeholder dialogue on domestic violence and a workshop on shelter standards and networks. The project will be piloted in one selected area in Sarawak, and it will then be gradually scaled up, following an evaluation of its impact.

Responding to the minister’s progressive action, WAO training officer Melissa Akhir thanked the minister for her commitment to keep local communities safe, adding that WAO is happy to collaborate and support existing initiatives in Sarawak.

“WAO provides tailored outreach programmes and practical workshops to the general public, first-responders, and community stakeholders including in rural areas. We aim to partner with the ministry and local NGOs as critical allies on all fronts and all circles of a community,” said Melissa.

“By empowering and strengthening the community in this way, the ‘Safe Community Project’ aims to reduce or prevent domestic violence from ever occurring in the first place.”

Melissa added that “with the ministry’s support, the change that the people in Sarawak might be able to see would be wider safety, as a result of closer community links and rapid response networks referrals to service providers and first responders in the health and criminal justice system.

“Women and their children could experience better access to justice and protection of their right to safety, for example, in having a network of standards-based crisis shelters for women and child survivors of violence.

“WAO commits to work side by side with the ministry in implementing, guiding and monitoring the progress of the Safe Community Project, for the benefit of the people of Sarawak,” concluded Melissa.