Rebecca Duckett highlights the risks posed by swiftlet farming in the George Town world heritage site in a letter to the Penang Chief Minister.

As a resident of George Town and as a council member of the Penang Heritage Trust, I want to bring to your attention yet again, the problem of swiftlet farming in our urban areas. The National Guidelines For Swiftlet Breeding are to be presented to Cabinet very soon and there has been no public discussion whatsoever with stakeholders, residents or NGOs. This lack of transparency has to be addressed before any Guidelines for Swiftlet breeding can be passed.

According to the June 2005 newsletter of the Malaysian Swiftlet Farmers Association, over 10% of houses – 400 houses- in George Town have been converted into swiftlet farms. The latest casual count estimates that these numbers could be closer to 20% of houses in George Town.

We do not oppose swiftlet farming in general; it is a very lucrative business which brings in approximately RM 1.5 billion per year. However, the damage urban swiftlet farming in George Town is doing to our “intangible heritage”, by moving people out of buildings in order to open swiftlet farms, and to our “tangible heritage” by destroying the original features of the “exceptional range of shophouses and townhouses” that gave us our WHS listing in the first place is too great to be ignored.

Swiftlet farming encourages swiftlets to nest in a particular house, in order to harvest the nests that they build there. These nests are then sold on at an extremely lucrative price, to be used as the main ingredient in birds nest soup. We are not opposing the practice of swiftlet farming in general but we want it relocated from George Town into less populated, agricultural areas, for the following reasons:

1) Health concerns, including but not limited to:

– Cryptococcus
Dried bird droppings and bird’s nests have been known to harbour the yeast spore Cryptococcus, which ideally forms colonies at 20 – 37°C (perfect for Georgetown) and which is responsible for infections in human beings. Inhalation of Cryptococcus spores cause lung infections, cryptococcal meningitis and pneumonia in healthy children and adults, and is particularly dangerous to anyone who is immuno-compromised.
King, Dr. John W. and DeWitt, Meredith L., “Cryptococcosis,”  http://emedicine.medscape.com/article/215354-overview, October 30th, 2009

– Avian Flu
Avian flu, or H5N1, is a rare but severe disease that can be fatal. The last person diagnosed with avian flu was in Vietnam on 16th March of this year. According to the WHO (World Health Organization), “all birds are thought to be susceptible to infection with avian influenza viruses”. It is possible that the avian flu virus could be introduced to swiftlets in George Town from migratory waterfowl, which scientists believe are “now carrying the H5N1 virus in its highly pathogenic form, sometimes over long distances.”

The WHO states: “Japan, the Republic of Korea, and Malaysia have controlled their outbreaks and are now considered free of the disease. Elsewhere in Asia, the virus has become endemic in several of the initially affected countries.” However, there is no reason to suggest that swiftlets coming into contact with infected migratory birds from other parts of Asia will not contract H5N1. Living in such close proximity to one another, contaminated swiftlets would quickly transfer the disease between themselves, increasing the chances for human infection either via direct contact with contaminated birds or contaminated feces, the two most common sources of infection. World Health Organisation, “Avian influenza “bird flu”,” http://www.who.int/mediacentre/factsheets/avian_influenza/en/#countries, February 2006

Pools of water created by swiftlet farmers to ensure an ideal humidity and temperature for the birds also create perfect breeding grounds for mosquitos, including Aedes Mosquitos, which carry Dengue Fever. Outbreaks in George Town on specific streets have recently been very common.

– The United Nations Educational, Scientific and Cultural Organization (Unesco) seeks to encourage the identification, protection and preservation of cultural and natural heritage around the world considered to be of outstanding value to humanity. George Town’s World Heritage Site status is not just a label that will increase tourism, but a treaty signed to conserve the unique “intangible heritage” of George Town.

However, homes that are converted into birdhouses suffer irreparable damage, as original windows, doors, plasterwork and features are removed, and sprinkler systems are set up to keep the house humid. This not only causes water damage, damp and rot to that house, but also to adjacent properties, thereby threatening the “unique architectural and cultural townscape without parallel anywhere in East and Southeast Asia…in particular [the] exceptional range of shophouses and townhouses” which gave George Town WHS status in the first place.

– The sound systems used to attract swiftlets by playing amplified birdsong continuously constitutes noise pollution, which is a nuisance for residents of and visitors to George Town. However, in recent months, the main source of noise pollution is the birds themselves because numbers have soared and are now out of control. The sky above residences in George Town are full of birds emitting piercing sounds especially in the early hours of morning, late afternoon and evening.

Responsibility of the Penang state government and its departments:

We also insist that in addition, the State Government as a whole, with the  Heads of the Veterinary Department and Public Health, be made personally responsible for any environmental and health and safety issues that will arise from the spiralling increase in the population of swiftlets over George Town and the environmental disaster that will take place within the next few years, if swiftlet farms are not removed immediately from our urban areas. The State Government and the Heads of the Veterinary Department and Public Health will also be personally responsible to pay any compensation required in events of death from any bird related disease, outbreak of disease, as well as the loss of investment made by stakeholders who have put huge investments into the belief that George Town will benefit from its Unesco World Heritage Status and is currently being marketed as a tourist destination and world class heritage site by the Penang State Government. Loss of investment should also include, but not be limited to, being forced to move from buildings because of an individuals fear to his/her own personal health and safety.

Laws are being enforced by the State Government on developers, on residents, on landlords that are trying to revitalise George Town as a residential, cultural, heritage and tourist hub, yet swiftlet farms are being allowed to proliferate freely, beyond the realms of law. The State Government must act with a balanced hand.

Rebecca Duckett is a council member of the Penang Heritage Trust. 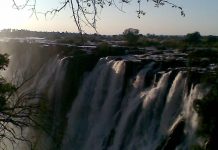 Lessons from Zimbabwe: A once flourishing nation now in dire straits