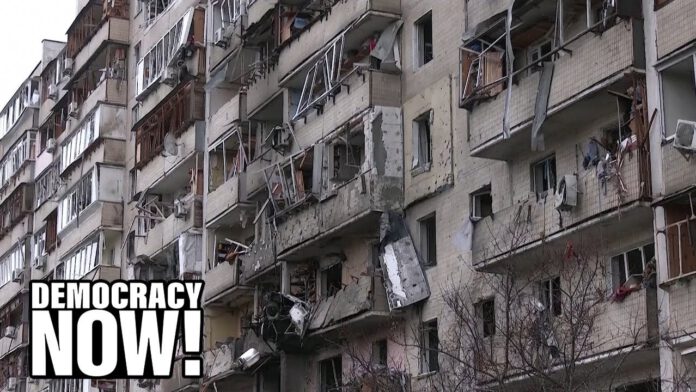 The mainstream Western media is almost unanimous in demanding that Russia and Vladimir Putin stop their military operation in Ukraine immediately. This, in their opinion, is the only solution to the current conflict.

However, if one attempts to understand how the current conflict had evolved, one would ask not Russia but the US-led Western alliance to bring down the political temperature as a first step.

The roots of the present conflict have to be traced back to the end of the Cold War in 1991. The leader of the Soviet Union, Russia’s predecessor, Mikhail Gorbachev, felt that if peace is to greet the demise of the Cold War, then the military posturing that signified that era should be buried once and for all.

For his part, Gorbachev was prepared to dismantle the Warsaw Pact (that the Soviet Union helmed), which was his country’s response to the US-led Nato.

All that he asked for in return was a firm commitment that Nato would not expand eastwards to extend its military power to the states adjacent to Russia, thus posing a security threat to the latter.

Though the undertaking that Gorbachev sought was not engraved in written language, US leaders at that time, like President Ronald Reagan and Secretary of State Chris Baker, had some notion of the gravity of the verbal pledge they had given to their Russian counterpart.

It is a pity that in the years that followed, the US government made no attempt to give substantive meaning to that pledge.

On the contrary, in 1997, three former Warsaw Pact states – Hungary, the Czech Republic and Poland – were invited to hold talks on joining Nato. On 27 March 2020, all three joined Nato, in spite of protests from elements in the Russian leadership. A few other states that were once part of the Soviet Union and others allied to Russia in the past have now joined Nato.

READ MORE:  Ukraine and Nato not a security threat to Russia

It is against this background that one should view events in 2014 that exacerbated Russia-Ukraine ties in relation to Nato. These events are directly linked to the current conflict in Ukraine. The democratically elected president of Ukraine, Victor Yanukovich, who was not prepared to follow blindly the dictates of Western powers, was unceremoniously removed from power through the manipulation of parliamentary procedures and replaced by a new regime more inclined towards Washington.

Though the Yanukovich government was seriously flawed in some ways, his engineered ouster, which strengthened the hands of neo-Nazi and fascist elements, spawned virulent anti-Russian rhetoric and spiked street violence, which has left deep scars upon Ukranian society.

The separatist tensions and turmoil in parts of Eastern Ukraine in the last eight years that have taken the lives of at least 14,000 people can only be understood within the context of this post-2014 scenario.

It is also this scenario that explains, in part, why Russian president Vladimir Putin acted the way he did in Crimea in Eastern Ukraine. The overwhelming desire among the vast majority of the people of Crimea to re-link their land to Russia, affirmed in a 2014 referendum, is irrefutable proof of how ordinary citizens view their security and wellbeing.

This is why loose talk in Kiev and Washington in the last few months that “Ukraine should join Nato” or that “Ukraine should acquire nuclear weapons” in the end produced a backlash effect. It increased anxiety among both elites and citizens in Russia about security concerns.

It is important to emphasise yet again that this concern for their collective security as a nation and as a people is what Vladimir Putin, Sergei Lavrov and other Russian leaders have tried to convey to their counterparts in Washington, London, Paris, Berlin and indeed every other Western capital for more than 20 years since the end of the Cold War. Simply put, Russia does not want a Western military alliance, Nato, perched at its gate.

READ MORE:  How the US created Vladimir Putin - Vladimir Pozner

The West has refused to address this very legitimate concern. Worse, it has wilfully chosen to brush aside Russia’s fear.

Bluntly put, Moscow has now been provoked to act. Since Washington in particular was not willing to use diplomacy to address Russia’s fear, its concern, Moscow has opted for a special ‘military operation’. Moscow’s response is perfectly understandable. It is completely rational.

Perhaps we should all remind Washington and the West of a fragment of their own history to help them appreciate better what is happening now in Ukraine. In 1962, there was a huge international political crisis. We thought we were on the verge of a world war. The Soviet Union had deployed missiles in Cuba, on the soil of its ally, facing their common foe, the US. Cuba was just 90km from the US shoreline.

Then US president John Kennedy saw it as an act of provocation. He wanted the missiles removed immediately. Otherwise, he would attack Cuba.

After some negotiations, Cuban leader Fidel Castro requested his Soviet friends to remove the missiles. The Cuban crisis was defused.

In response to Castro’s decision, Kennedy, it is alleged, undertook not to overthrow Castro through illegal means. Whether he kept his word or not, it was not really tested because Kennedy was assassinated in November 1963 before he could complete his second term as US president. Some of his successors tried to undermine Castro, but that is another story.

Cuba 60 years ago is relevant to the present situation in Ukraine. Just as the US did not want Russian missiles at its doorstep in 1962, Russia in 2022 does not want overwhelming Western military power at its gate today.

The Cuban leadership understood what had to be done to assuage American fears. One hopes that the US and Western governments today realise why it is so important to allay a legitimate Russian concern about its security.

In a nutshell, both situations demand an appreciation of that ancient truth found in all spiritual and moral traditions: do not do to others what you do not want others to do to you. It is a truth that has been described as the fundamental ethic in relations between human beings, communities and states. It is, in plain language, the Golden Rule of Life.

The US elite in particular has shown so little regard for this golden rule in international affairs.

Dr Chandra Muzaffar is the president of the International Movement for a Just World (Just).

Spoken like a third-world pundit. These were independent countries. They have a choice. You don’t seem to understand.

Surely, there is a qualitative difference when one side decides to go to war, however legitimate the account of the historical context for the conflict might have been. A difference that is horrifyingly painful on the ordinary Ukrainians. That the author here does not have a shred of concern about that at all seriously clouds, even undermines, that legitimacy.